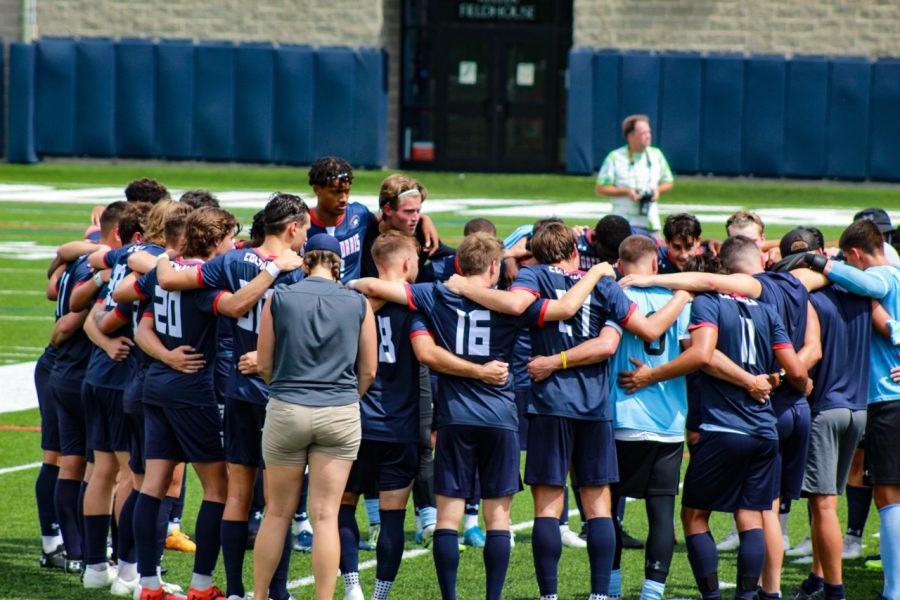 Michael Deemer takes an inside look into the resurgence of Robert Morris men's soccer and how their youth movement is a sign of things to come for the program.

Following the departure of longtime head coach Bill Denniston, the men’s soccer program at Robert Morris wanted to start fresh. After Appalachian State had cut its program in 2020, Jason O’Keefe had no home. The Colonials hired O’Keefe in November of that year and he immediately got to work.

He learned from his previous experiences not just to make not his team better but make himself a better coach and gain more of a grasp of the program.

The team had a singular goal scored in O’Keefe’s first year in Moon, but his impact was noticeable. The Colonials finished the 2021 season with a 5-11-1 record, including a 4-5-1 record in Horizon League play, qualifying for the Horizon League Conference Tournament for the first time since joining in 2020 and qualifying for any conference tournament since 2017.

Fourteen true freshmen were on the roster last fall. Leading scorer Bryan Akongo says the first semester was rushed for how many new faces were on the team last fall. Now, come the spring, it has started to slow down, building relationships more fluid then than in the fall and have built relationships every day.

Akongo was a freshman himself in 2021 and with that and being a leader in scoring, you have to be a leader in communication. Having a lot of weight on his shoulders, he doesn’t seem to mind it at all.

Young talent is a theme for O’Keefe’s squad heading into 2022.

“It’s a young group. None of [the players] have been through a spring cycle, so we have more training,” Coach O’Keefe said. “While that may be the model, we’re trying to look at change and expansion. The spring has been productive for college soccer because you’re putting a lot of individual attention, small groups and it mentally pushes you because there are no games every week.”

While the team is young and still improving as each day goes on, they are achieving something more than just showing up in the conference tournament.

“It’s a young, energetic, coachable group that is fun to work with every day. Having the whole group back [in the spring] and having that achievement was great,” O’Keefe said. “We’ve set up based on the fall how we wanted to set up the spring. Every day [the mentality] was to compete from minute one to 90. Trying to develop that resolve and maybe not just make the tournament, maybe advance, maybe win some more games we did outside the league.”

“Making the Horizon League Tournament was a big goal in the fall, just something to grow on, but the guys are hungry for more,” he said. “We didn’t come here just to make the tournament. We want to go in there and win something, so we’re going to continue to work, continue to grow.”

Zolnierczyk is an outlier in this young group. He will enter the oldest on the fall roster for his senior year. He sees that as an opportunity to get the Colonials back to the NCAA Tournament for the first time since 2005.

“I’ve been here the longest. I’ve got to see the program do a full 360 and experience all the challenges and adversity along the way,” he said. “The guys look to me for that guidance as an example, so I want to make sure I fill that role on and off the field to the best of my ability.”

There are three new additions to the roster this spring. In January, twins Chase and Logan Gilley transferred in from UNC-Greensboro, and Ghana’s top prospect, William Dodzi Afawubo, joined the squad.

Coach O’Keefe recruited the Gilleys at Appalachian State months before the program’s discontinuation, forming a relationship before they came to RMU. That was some leverage to their decision to transfer to the original coach who recruited them.

“Anytime you go through a hardship like that, it can go one of two ways and certainly, our bond stayed intact. The bond has grown,” O’Keefe said of the Gilley brothers. “They were looking for something new. They’ve stepped in and integrated well. The team has accepted them and welcomed them with open arms.”

“When William and the Gilleys got here, they integrated really well into our team.” Zolnierczyk echoed. “They bought into the system. They knew what they were coming here to do, so it was a pretty easy transition. The way we’ve grown from January to now, they’ve taken it in stride.”

Coach O’Keefe tells the fans that they won’t be going anywhere anytime soon with these still new faces.

“They’re going to be around Moon Township for the next two, three, or four years; some of them will.” he said, “So, they’re going to have a chance to leave their mark and integrate into this community and this campus and hopefully win a handful of soccer games.”

This team is a hungry, yet young bunch. The Horizon League Tournament appearance goal is out the back window and wants more than that going into next fall. 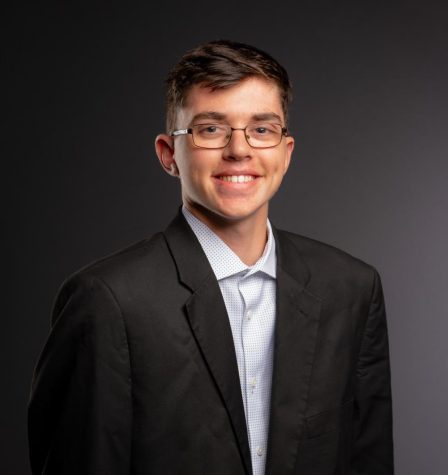 Michael Deemer, Sports Editor
Michael Deemer is a sophomore News and Sports Communication major from Crofton, Maryland. He is the Sports Editor for CSN and is the Associate Producer for RMU-TV's Sports Talk in the Burgh. 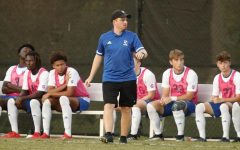 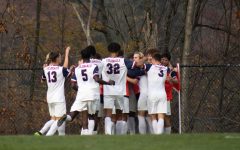 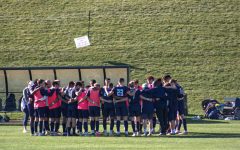 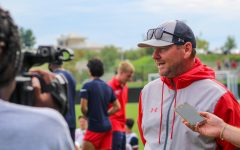 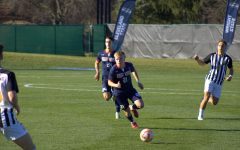 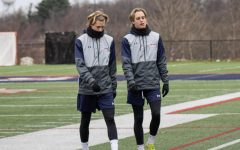 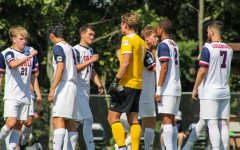 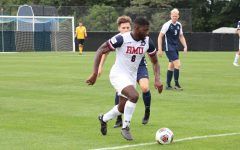 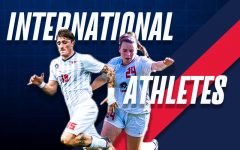 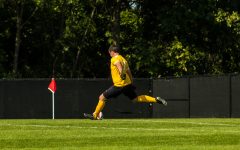