Tickets for 20th season of RMU football currently on sale 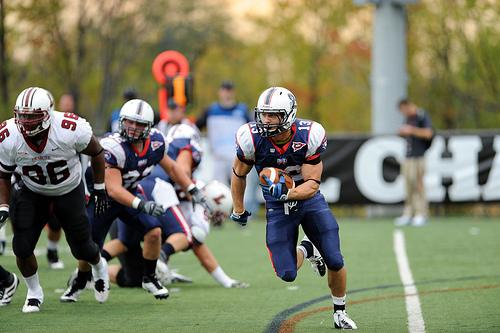 During his tenure with the Robert Morris University football team, former NFL head coach Joe Walton has guided the Colonials to six Northeast Conference championships, one NCAA playoff berth, and has been named the NEC coach of the year four times.

Despite the fact that 2013 will be Walton’s 20th and final season at the helm for the Colonials, RMU supporters have the opportunity to witness the 77-year-old’s final campaign coaching the program he built from the ground up.

Season tickets for all five home games can be purchased for $40 and allow fans to take in the game from the “VIP” section located between the 45 yard lines. Single game tickets are $10 for adults and $5 for kids ages 8 & under, senior citizens, as well as members of the military with valid ID. As always, Robert Morris faculty, staff, and students are admitted free.

Highlighting the Colonials’ home schedule is Morgan State on September 7, followed by Dayton one week later. Rival Duquesne travels to Joe Walton Stadium on October 16 for the annual homecoming night contest, while conference foes Bryant and Sacred Heart round out the home schedule on November 2 and 16 respectively.

For more information or to purchase tickets, visit www.rmucolonials.com, or call 412-397-4949. 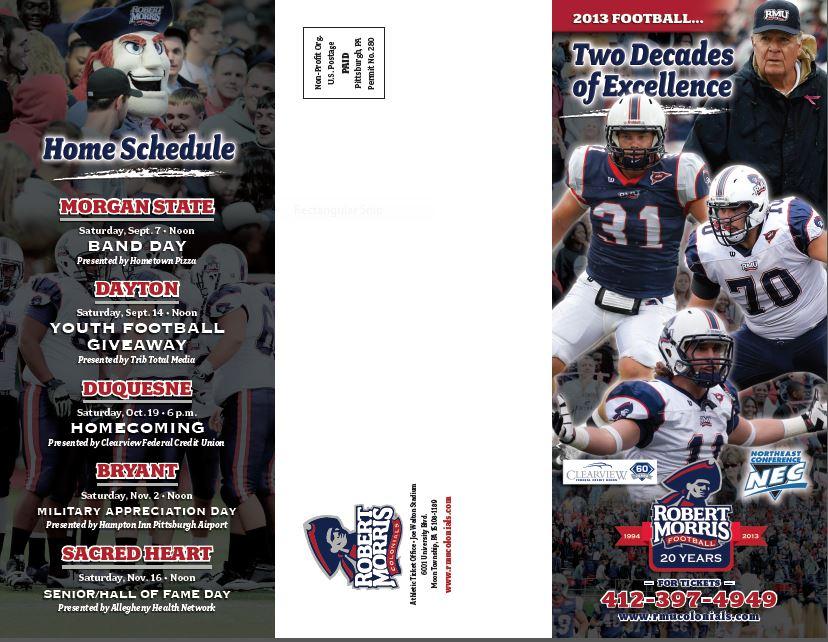 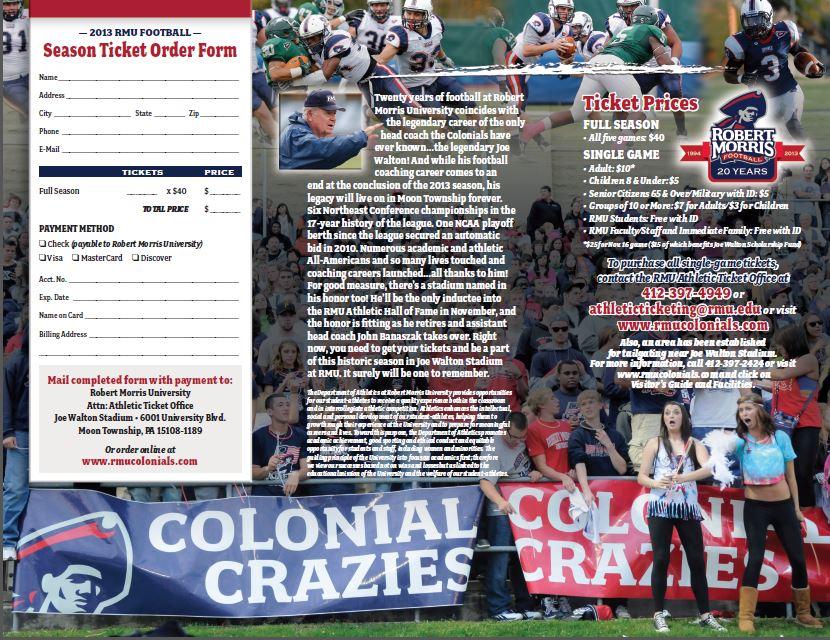