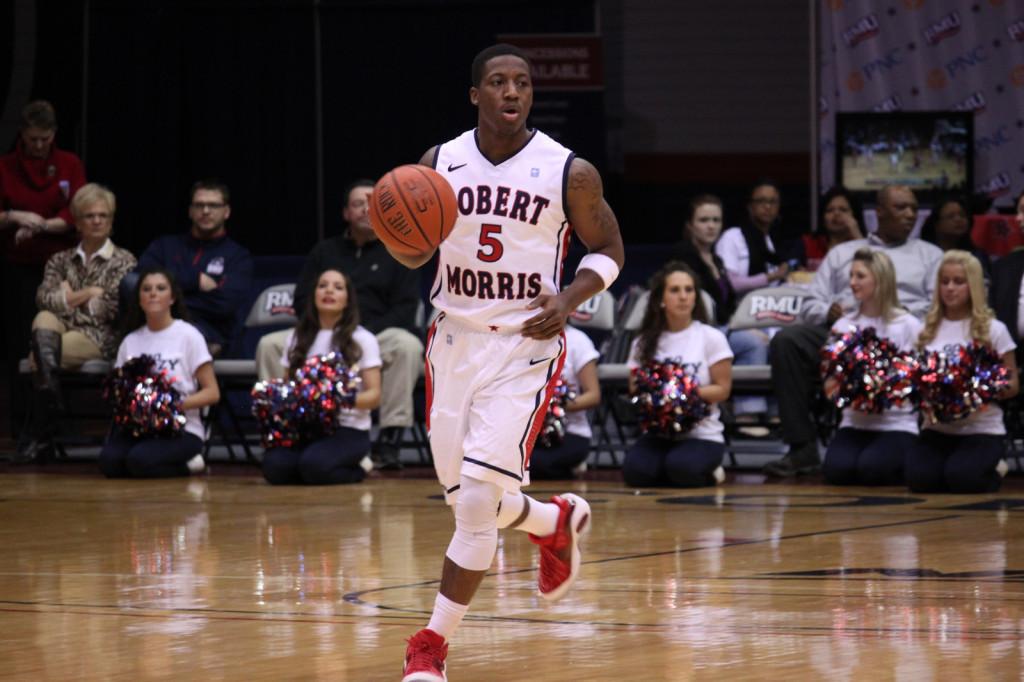 After suffering a seven point defeat against Bryant in its first Northeast Conference contest of the season, the Robert Morris men’s basketball team may have its hands full when the Colonials and Bulldogs meet on the hardwood on February 28.

That is, of course, unless RMU can contain Bryant’s triumphant trio of Frankie Dobbs, Dyami Starks, and Alex Francis.

“They’re a difficult team to make uncomfortable because Frankie Dobbs is a fifth year senior who has a ton of experience and makes really good decisions,” said RMU head coach Andy Toole. “They have three guys that can go for 20 or more points and there are a lot of things that concerns me. Not to mention the fact that it’s at their place.”

In their first meeting of the season on January 3, Dobb, Starks, and Francis netted 73 of BU’s 84 points, which Toole believes is a testimony to the bond that the three share on the court.

“Bryant is one of the teams that I really enjoy watching because they seem to have great chemistry,” he said. “They all understand what their role is, and they try to excel within their role.”

Thursday night’s contest could foreshadow the league championship game because the clubs are ranked first and second in the NEC standings, with the Colonials holding a slim one and a half game lead over the Bulldogs.

“It actually seems like a chance to get them back. They caught us when we were out of whack, and not doing what we were supposed to do,” said Russell Johnson, the newest member of RMU’s 1,000 point club. “Now that we’ve been rolling, we bought into everything, and there’s a good chance that we’ll win.”

Redshirt senior Velton Jones is eager to have the opportunity to exact revenge on the Bulldogs.

“They beat us in our home gym, so there’s always a bit of excitement once you lose to a team and you get to play them again,” the native of Philadelphia said.

Bryant, who only recorded two victories during the 2011-12 campaign, is arguably one of the most improved college basketball teams, which Toole believes is a testament to the work that coach Tim O’Shea and his assistants have put into the program since it obtained Division I status in 2008.

“I think it’s difficult to maintain the success that we’ve had here, and I have trouble understanding how hard it would be to turn a team that was 2-28 into a team, this year, that has 17 wins right now. It’s just a credit to him [O’Shea] and his staff. He’s done a fantastic job.”