Colonials soar past Wagner on monster performance from Spanou 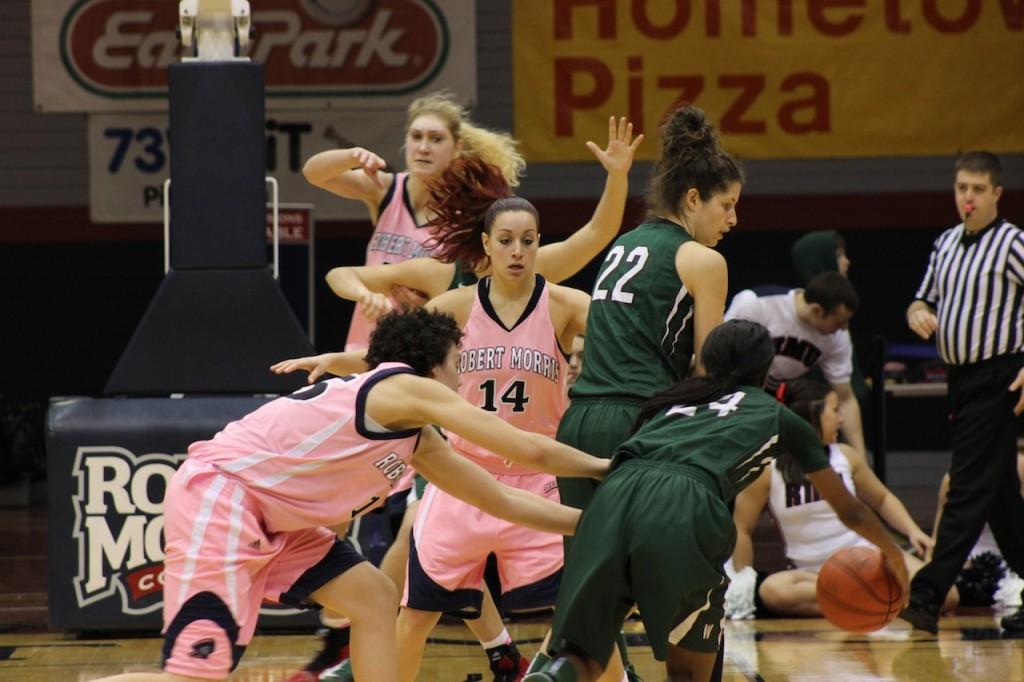 The Robert Morris University women’s basketball team captured their fifth Northeast conference victory of the season as they handled the Wagner Seahawks 57-39 on Saturday at the Charles L. Sewall Center. The victory caps off the team’s third win in the last four games, improving their record to 6-16 on the year and placing them in a tie for the eighth and final playoff seed of the NEC conference tournament.

Junior forward Artemis Spanou led the way with an outstanding performance, netting a career-high 32 points and grabbing 18 rebounds with 3 assists and a block. Spanou, who is leading the nation in rebounding, led the way once again for a hurting Colonials team that only dressed eight players.

“We really wanted this game because we knew it’d get us closer to the playoffs,” said Spanou. “Everybody came out with energy today and my teammates helped me out a lot.”

Head coach Sal Buscaglia had the highest appraisals of the all-conference forward, who holds the RMU record for double-doubles in a career.

“Arte [Spanou] was magnificent today,” said Buscaglia. “It’s unbelievable what she does. The fact that their always on her, they [Wagner]  knew in the first half that they had to guard her especially, and that she still comes through is the reason why I think she is the best player in the conference.”

Also playing well for the Colonials were freshman guards Ashley Ravelli and Randi Jackson. Ravelli posted 10 points on the day, including two pivotal three-pointers in the second half, while Jackson played all 40 minutes of the game at the point and was crucial in running the Colonial offensive attack against a Wagner zone defense.

Coach Buscaglia was proud of his team after the win as they continue to battle through an injury-ridden season.

“It’s amazing that we’re right around the .500 mark in the conference,” explained Buscaglia. “It’s unbelievable how they’ve played with three ACL injuries in two months. It’s a credit to the young ladies we have and how they keep on battling.”

Next up for the Colonials is a home contest with St. Francis (PA) on Sunday. With under ten games remaining on the season, every game is important as the team looks to sneak in to the NEC playoffs.