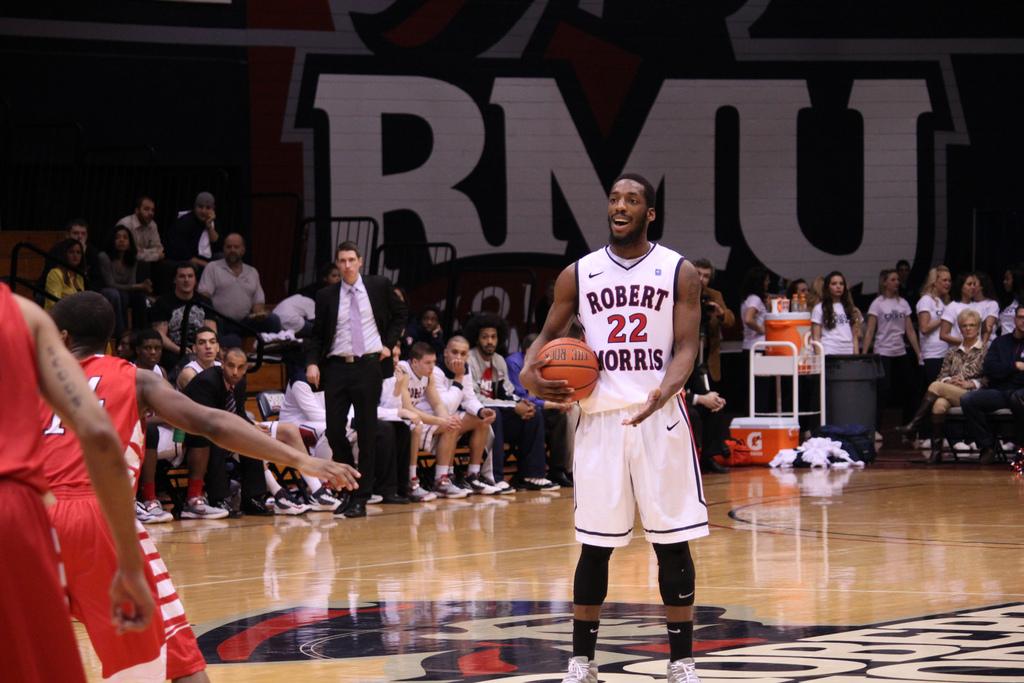 Four days after Velton Jones sunk a floating jump shot to lift the Robert Morris men’s basketball team to victory over Long Island, another Jones propelled the Colonials to victory, only this time, it was his counterpart, Lucky.

The Colonials, who were playing without senior captain Velton Jones who is nursing a shoulder injury, improved to 16-8 overall, including an 8-3 mark in the Northeast Conference with the 12 point victory.

Anthony Myers-Pate began the scoring for the Colonials 1:40 in after he banked in a layup and Anderson then followed with a three pointer to give RMU a 9-2 advantage.

The Red Flash used a 6-2 run to get back into the contest, but Myers-Pate, a junior guard, connected on a shot from beyond the arc as time expired to give Robert Morris a 25-16 advantage at halftime.

“We made a couple of adjustments at halftime that I thought we handled very well, and we were able to limit some of the things they [SFU] were trying to do in the first half,” said Toole, the Colonials third year skipper. “We just made sure we were urgent in everything we were doing defensively.”

Saint Francis, who began the final 20 minutes of play on a 12-6 run, battled its way back into the contest and eventually came within four points at the 10:42 point, but RMU iced the contest by shooting a perfect 12-12 from the charity stripe during the game’s final four minutes.

The Colonials, who have rarely had the same lineup two games in a row this year, were able to step up and pull out the win despite missing their senior leader.

“It’s different not having V [Velton] in there and then obviously when Ant [Myers-Pate] got hurt, it forced Coron and me to take on the leadership role,” said Anderson, who shot 50% from the field against the Red Flash defense. “It’s not really a big difference, we just have to keep controlling the offense and we have multiple guards who can do that, so we just take turns.”

Lucky Jones said that the Colonials have become adept at playing with a shortened bench.

“Each and every day in practice, when someone goes down, it’s another opportunity for another guy to step in and take his job,” said the native of Newark, New Jersey. “Everyone contributed today and we were lucky enough to get the win.”

The Colonials host Wagner Saturday night before traveling to Quinnipiac and Sacred Heart on February 14 and 16 respectively.