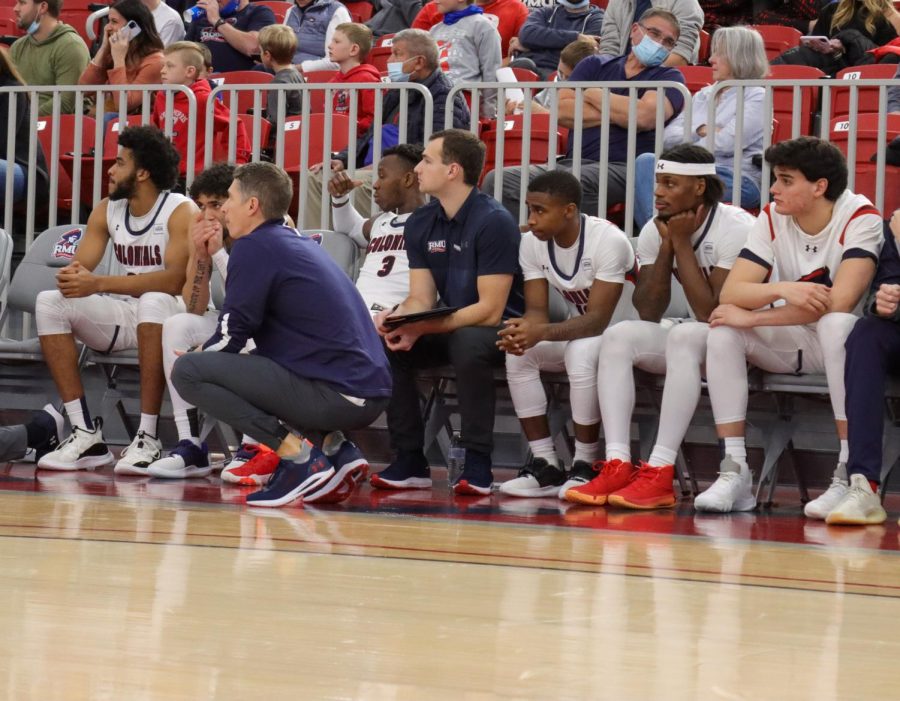 Coming into this season, there was a buzz within the Robert Morris locker room after a rough first season in the Horizon League where they finished last in the conference and only mustered four wins in the 2020-21 season.

A roster filled with a plethora of transfers sparked new life into a team that suffered a lack of physicality down low in the paint.

Through the first nine games of the season, though, we have seen none of that and one of the problems that the team is faced with is a lack of rebounding.

There was only one game this season that Robert Morris has outrebounded their opponent in, and that was against UCF in their opening game of the season where they outrebounded the Knights by six.

But it’s not just how much RMU is getting outrebounded by, it is the lack of effort from the frontcourt that has been the main problem.

Brandon Stone, the Colonials’ 6’11” center, has been out for most of the year only appearing in games against Davidson and part of the Horizon League opener against Green Bay, so he has not seen a ton of action in the non-conference slate.

Mattia Acunzo also hasn’t seen the floor much this year as he has been out for most of the season appearing in just three games.

Kahliel Spear has been the team’s bright spot in terms of rebounding as he leads the team with 8.3 rebounds per game.

After Spear, there is a massive drop-off in rebounding production as guard Enoch Cheeks ranks second on the team in rebounding with five rebounds a game.

Justin Winston and Matt Mayers have pretty much been non-existent when it comes to rebounding the ball as they are just averaging three and 3.7 rebounds per game, respectively.

When asked about the team’s rebounding struggles before conference play began, head coach Andy Toole knew there was work that needed to be done.

“I think it’s a conservative effort, getting more guys around the basket,” Toole said. “Against Central Florida, we were able to rebound the ball pretty well against them and they’re a big athletic team and we’ve got to make sure we are continuing to give the right effort to pursue the ball when it’s shot.”

The upcoming road for the Colonials doesn’t get any easier as they head on another long road trip. They take on Bowling Green on Sunday, then head to Loretto, Pennsylvania to take on Saint Francis (PA) in their final nonconference tilt of the season.

After that game, they run into one of the top mid-major teams in the country to kick off conference play once again as they take on Jamal Cain and Oakland on December 30.

Straight up, Robert Morris needs help rebounding the ball and they have the pieces to do so. It can’t be a one-man band with Spear to do all the work, they need contributions from the entire frontcourt to improve this issue that the team is facing.