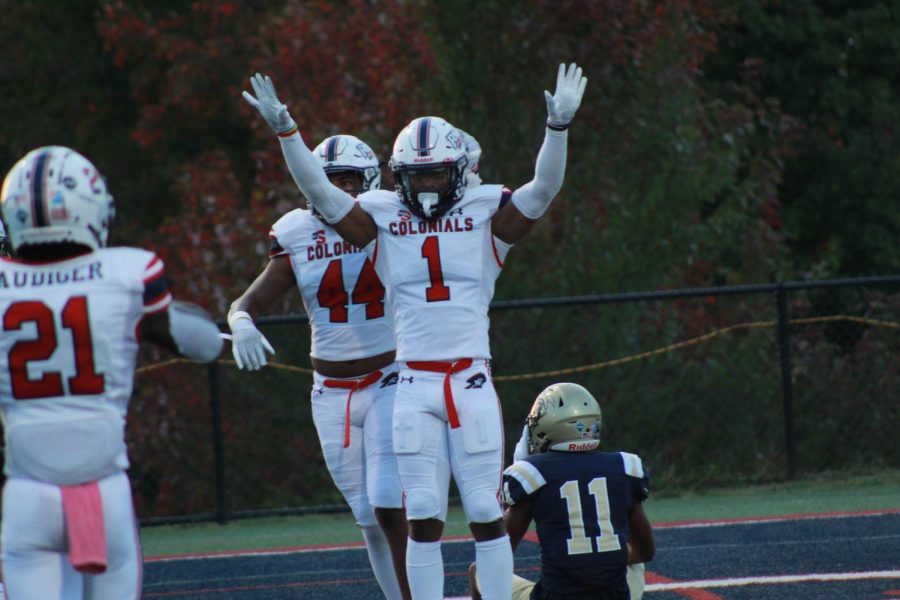 MOON TOWNSHIP– Homecoming weekend was a success across multiple sports for the Colonials, volleyball on Friday, men’s soccer in the early afternoon, but the main event of the weekend without question was football.
A Defensive Homecoming?
A 3rd-and-10 on the first series of the game could have forced a three and out, but a Jack Chambers pass to Geoffrey Wall for 64 yards put Charleston Southern on the 11. The Colonials forced a turnover on downs three plays later as CSU decided not to kick a field goal on 4th-and-2 at the three-yard line.

These are the results of the next four drives for the Buccaneers.

It was very hard to find an answer to the Colonial defense. However, almost instantly, the defense turned off again. The Buccaneers capitalized on an interception scoring the very next play. On the next drive, the Colonials give the Buccaneers another short field scoring in three plays.

To give it some perspective:

Nevertheless, another three and out forced the Bucs to punt to add a little confidence before the half. This confidence was built after coming back from the locker room. Another punt and fumble recovery was the result of the next two drives.

Like I said before when the defense is on, it suddenly goes off. A 67-yard touchdown drive gave CSU the lead. Those five plays went by quick, only 1:24 dwindling off the game clock.

The D was turned on again at the right time, forcing another turnover on downs near midfield the following series.

The obvious turning point of the game was a defensive play. Jamar Shegog with heavy pressure forced the throw by Chambers into an easy pick-six by Lorenzo Euline and he celebrated into the end-zone as the Colonials grabbed a ten-point advantage.
Short Buccaneer Field
The two back-to-back touchdowns for Charleston Southern came on very short fields. After the unfortunate interception that went off the hands of Demonte Martin, the Buccaneers scored on just one play. The next series, a two-yard loss for Alijah Jackson and a 25-yard punt by George Souders III gave the Buccaneers the ball 38 yards from the end zone.

Had those two nightmares not have happened, those two touchdowns would not have transpired either, and maybe Saturday’s scoreline was not as close as it should be.
Long Colonial Drives
Unlike Charleston Southern, the Colonials took their time in scoring touchdowns. After the goal-line stand to start the game. The Colonials scored a four-minute, 97-yard series to open the scoring.

On their next series, the Colonials did not score, but by far had the longest drive of the game, a 13-play series that took more than half of the first quarter, which ended on a turnover on downs inside the Buccaneer ten-yard line.

An electric weekend on campus was capped off with an electric win at Joe Walton Stadium Saturday afternoon. The Colonials travel to North Alabama this Saturday to start a two-game road trip. The game is scheduled to kick off at 7:00 p.m.