Men’s basketball to take on Bowling Green in return game 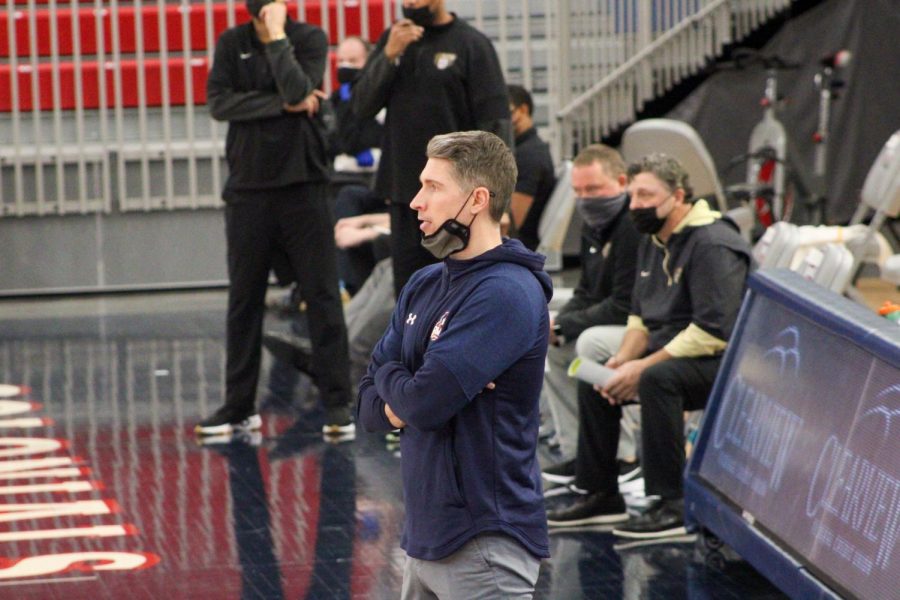 UPDATE 8/17/21: Rocco Miller confirmed the game will be taking place on December 19 at the Stroh Center.

BOWLING GREEN, OHIO– With several other non-conference affairs already announced, the rest of the slate is beginning to take shape for NCAA men’s basketball. On Wednesday night, college basketball insider Rocco Miller announced that the Colonials will be taking on a familiar foe in Bowling Green State in a return game as part of their 2021 non-conference schedule.

Robert Morris hosted Bowling Green during the stop-and-start portion of their season last year. The Falcons came to town in place of the initially scheduled Horizon League opener against Cleveland State. RMU could not match the firepower of Justin Turner in that matchup, who dropped 24 points in the 85-65 victory on December 18.

This will be the first time the Colonials will travel to the Stroh Center in program history. The Falcons first came to Moon in 2012 to take part in the NIT Season Tip-Off. In that game, a late run and 16 points from Velton Jones sealed a 71-60 victory at the former Sewall Center.

There was a stark contrast between the two teams’ records during the 2020-21 season with RMU sliding to a 4-12 record and the Falcons completely superseding that mark at 14-12. However, with a newly-bolstered roster and a completely different team than a year ago, the Colonials will look to snatch a victory from the talons of the Falcons.