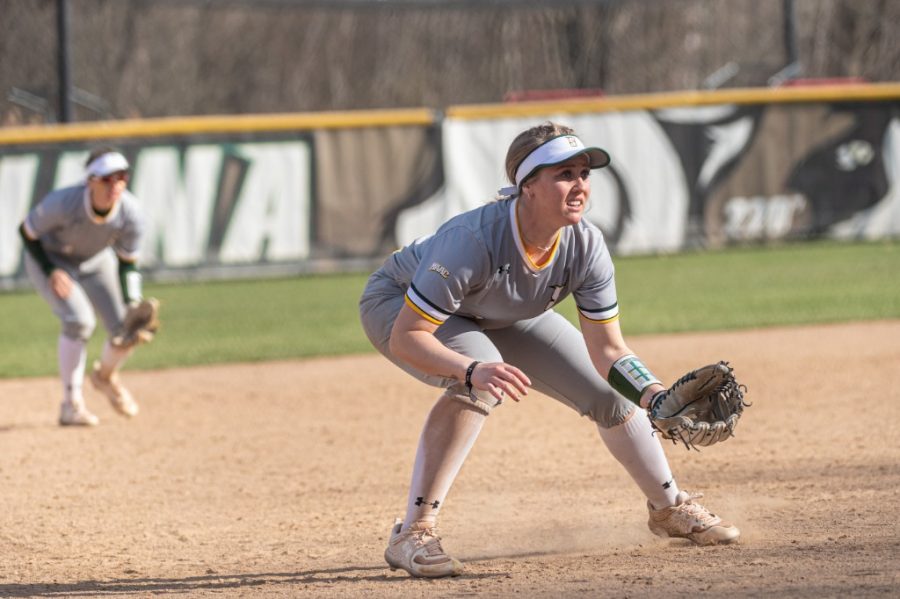 Softball added the older sister of Rachael Rhinehart, Taylor, to the roster this morning as a graduate transfer from Siena. Photo Credit: Robert Simmons/Siena Athletics

This afternoon, Robert Morris softball announced that two-way player Taylor Rhinehart has committed to Robert Morris and will join her sister Rachael for her graduate season.

Rhinehart spent two seasons with Villanova where she appeared in a total of 30 games, starting in 16 of those games. She pitched a total of 91.1 innings, posting a 5.14 ERA in two seasons. At the plate for the Wildcats, Rhinehart had a limited amount of ABs, only getting eight at-bats in her sophomore season, hitting .250 (2-for-8).

After the 2019 season, Rhinehart took her talents to the MAAC and transferred to Siena. There, she blossomed into a reliable two-way option, posting a 3.71 ERA in 21 appearances over two seasons for the Saints, also recording a .207 average from the dish.

Taylor’s younger sister Rachael has been a member of the Colonials for the past two seasons and has been a solid two-way player for the team. Pitching as a member of the starting rotation last season, Rachael recorded a sparkling 3.37 ERA in 54 innings.

The third Rhinehart sister, Lauryn, has pitched at Fairfield University for the past four seasons. Fairfield and Siena met each other four times during the 2021 season.

For more updates on Colonial transfers, check out our transfer tracker.