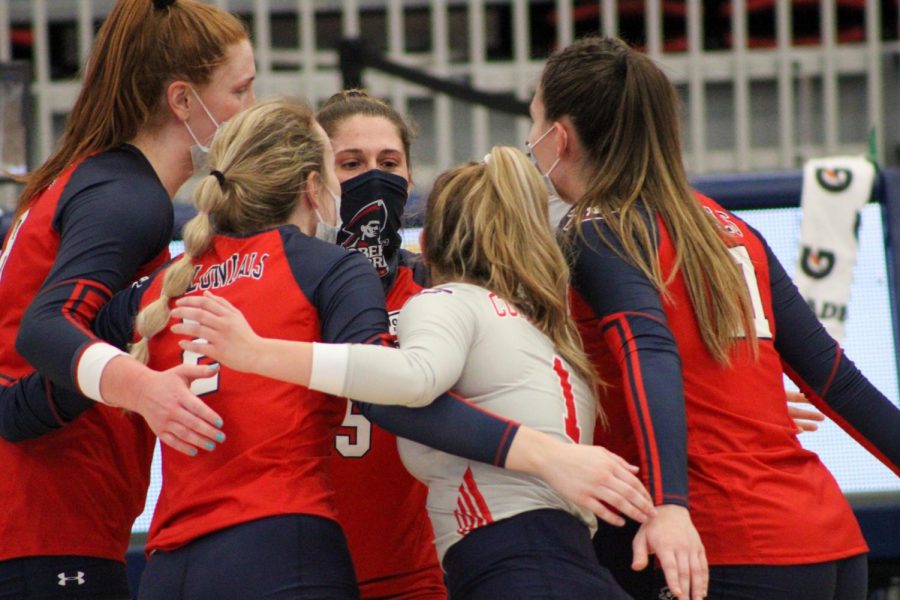 MOON TOWNSHIP, Pa.– After a frustrating new beginning as a member of the Horizon League, Robert Morris volleyball has started to find its footing in the conference heading into their final series of the season.

RMU (3-11, 3-11) will host Northern Kentucky (8-3, 7-3) for a Monday doubleheader beginning at noon and concluding with the second match at 6 p.m. The two teams have only met once previously, with the Norse sweeping the Colonials on September 1, 2017, at the 2017 Duquesne Invitational.

Despite dominating the NEC with only one conference loss and a 25-5 overall record, the transition to the Horizon League was not as easy as smooth as an ocean breeze on a warm summer afternoon, as the waters were choppy facing some of the conference’s best right off the bat.

RMU began the spring season 0-9, with Maria Alfano missing the first two games and Emma Granger missing the first seven; leaving the Colonials without their top-two middle blockers to cement a brick wall against opposing offenses.

With the Colonials out of the running for a berth in the conference tournament, Robert Morris will look to build on the back half of their season for next year with a postseason-bound NKU team in their way.

The Norse travel to Moon Township riding a five-game winning streak that began with a 3-0 beatdown of Cincinnati in their only non-conference match of the abbreviated season. Sweeps of YSU and Milwaukee (6-6, 6-6) have taken NKU up until their final battle of the regular season against the Colonials.

Northern Kentucky has had scheduling troubles with teams in the Horizon League with acronyms as their preferred reference, with series’s against IUPUI and UIC canceled, putting out the Flames before the fire could begin last week.

Currently sitting fourth in the conference, the Norse will be looking to solidify their spot in the Horizon League tournament with only four teams eligible for the postseason. The program hopes that this series will be the one to ready them for competition to come in the next few weeks.

Whitney Brown (RMU) – In her final series as a Colonial, Brown looks to lead the offense one final time before departing Moon Township. The Avonworth alum has recorded 2,274 career assists and 59 service aces. Brown has been a strong anchor for RMU’s offensive attack since her freshman season and will don the red, white, and blue one final time on Monday.

Mirna Sarjanovic (RMU) – After her best series of the season against IUPUI, Sarjanovic will look to build off her season-high 13 kills in what will be her final matches inside the UPMC Events Center. After missing most of last season due to injury, she has bounced back impressively and will finish off her RMU career with over 240 career kills.

Anna Brinkmann (NKU) – The team leader in kills with 78, Brinkmann is the Norse’s top offensive contributor on a team finding success this season. The junior outside hitter needs to continue to play strong and limit hitting errors to secure a victory for NKU.

Miranda Wucherer (NKU) – Wucherer is a dynamic athlete for NKU and can do numerous different things well for the program. She leads the team in assists (143) and is also fourth in kills (52). The setter/right-side hitter will have all eyes on her as Northern Kentucky looks to continue its winning streak into the conference tourney.

Robert Morris will struggle in the first match of the doubleheader, being swept by the Norse 3-0. Despite this, the team will end the season off strong with a 3-1 victory to send their well-accomplished senior class out with a win to conclude the season.