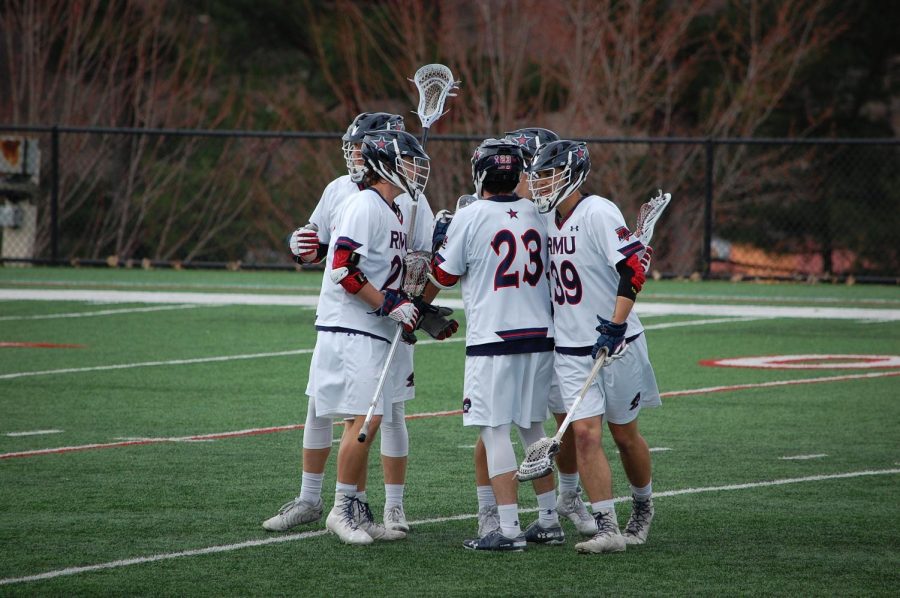 HIGH POINT, N.C.– After a tough battle against no. 1 Duke (2-0), the Robert Morris men’s lacrosse team (1-0) looks to bounce back on Saturday as they visit the High Point Panthers.

On Sunday, the Colonials were hosted in Durham, North Carolina by the Duke Blue Devils. Despite a strong start by the Colonials, jumping out to a 5-1 lead, the Blue Devils flexed their muscles and proved they were the top team in the nation by scoring eight straight goals.

RMU clawed back to bring the game to within two, but the might of Duke was too strong, and the Colonials dropped the game 12-16.

The Panthers started the year in an intra-state scrimmage against the no. 6-ranked North Carolina Tar Heels (1-0); however statistics for the game are not available.

In last year’s COVID-19 shortened season, the Panthers were 2-6 at the time of the season’s cancellation, with their only wins at home against Drexel and St. Bonaventure.

The Colonials and Panthers have created a trend over the last six seasons, playing every year. The two squads have split the six games 3-3. After losing the first two matchups, Robert Morris has won three of four, including a 15-11 win at the Joe last season.

Ryan Smith (RMU) – After leading the Colonials last year with 28 points (17g, 11a) in six games played, Smith has started the season where he left off, scoring four points (3g, 1a) in Sunday’s game against Duke.

Austin Popovich (RMU) – Popovich, a graduate student from Columbus, Ohio, showed up on the scoresheet against Duke with two goals and an assist. However, last season against High Point, Popovich controlled the offense, scoring four goals and adding one assist.

Devon Buckshot (HPU) – In last season’s matchup against the Colonials, Buckshot scored two goals on three shots on target. A redshirt freshman from the Onondaga Nation, Buckshot will look to replace the offensive output left behind by the graduating Ben Baker, who scored 35 goals over the past two seasons with the Panthers.