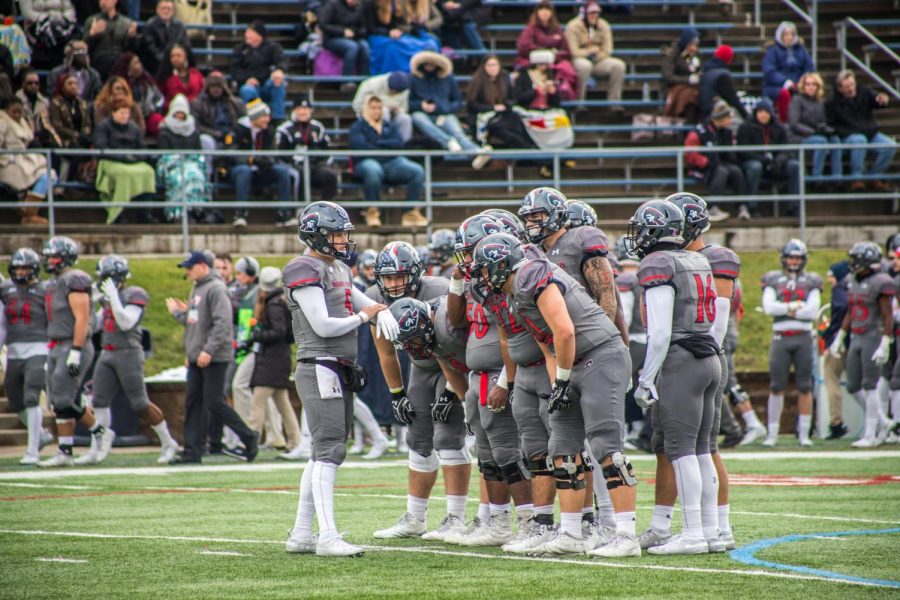 The second crop of Bernard Clark’s 2021 recruiting class made their dreams come true to play college football after signing their National Letters of Intent for Robert Morris last week.

Clark and his coaching staff reeled in six more recruits on National Signing Day to cap off this year’s recruiting cycle, which finished with 20 total signees.

Compiling with the 14 players signed back in mid-December, RMU added two defensive backs, two linebackers, a defensive lineman, and a kicker to round-out the class.

William Barber (CB) – Barber joins the Colonials after finishing his high school career at Lakota West High School in West Chester, Ohio. The 5’11” cornerback has a skillset that can stand out with quick closing speed and the ability to break up passes. During his senior season, Barber recorded 40 total tackles, with five of them accounting for a loss, along with two interceptions and seven passes deflected. His ability to judge where the ball is going out of the quarterback’s hands makes him a real threat in the secondary.

Anthony Smith (DB) – A Martinsburg, West Virginia native, Smith competed for Martinsburg High School before signing with the Colonials. Smith joins Barber, along with four other defensive backs that landed with RMU in this recruiting class. Smith showcased his speed at the receiver position during his senior season that can translate to the defensive side of the ball, allowing him to be an impact player.

Ryan Creehan (LB) – Bernard Clark continued his search for players outside of Pennsylvania, landing Creehan, who is the lone player in this cycle from Alabama. Creehan had made his presence known in the backfield during his high school career as he has the capabilities to get to the quarterback quickly. Also, Creehan does a tremendous job deciphering between a running situation or a pass.

Josiah Jones (LB) – Jones complements Creehan at the linebacker position on the second signing day. During his senior season, Jones totaled 70 tackles. The 5’11” Woodboro, Maryland, native, is another talent that can get into the backfield to disrupt any play. His speed also allows him to get from sideline to sideline in a hurry to make defensive stops. Jones selected RMU over other offers from Howard, Georgetown, and Notre Dame College.

Cade Casto (DL) – Casto comes to Robert Morris after a high school career at St. Edward High School in Ohio. The defensive lineman recorded 61 tackles and five tackles for loss, one interception, and one sack during his senior season. Casto made for a physical run-stopper for St. Edward as he can quickly evade an offensive lineman to get to the runner, even at times while double-teamed.

Jayson Jenkins (K) – Just the second player from the WPIAL to sign with Robert Morris this recruiting cycle, Jenkins hails from Gateway High School. Jenkins will also be the lone kicker in this year’s recruiting class for Bernard Clark. Gateway depended on Jenkins as their placekicker for four seasons, as he was reliable beyond 40 yards. One of Jenkins’ biggest moments came when he kicked a 23-yard field goal with 10 seconds left in the 2017 PIAA Class 5A semifinals to send the Gators to Hershey. Jenkins is also a two-time WPIAL champion.

The football team will kick off their season at noon on Saturday, February 27 on the road against James Madison.