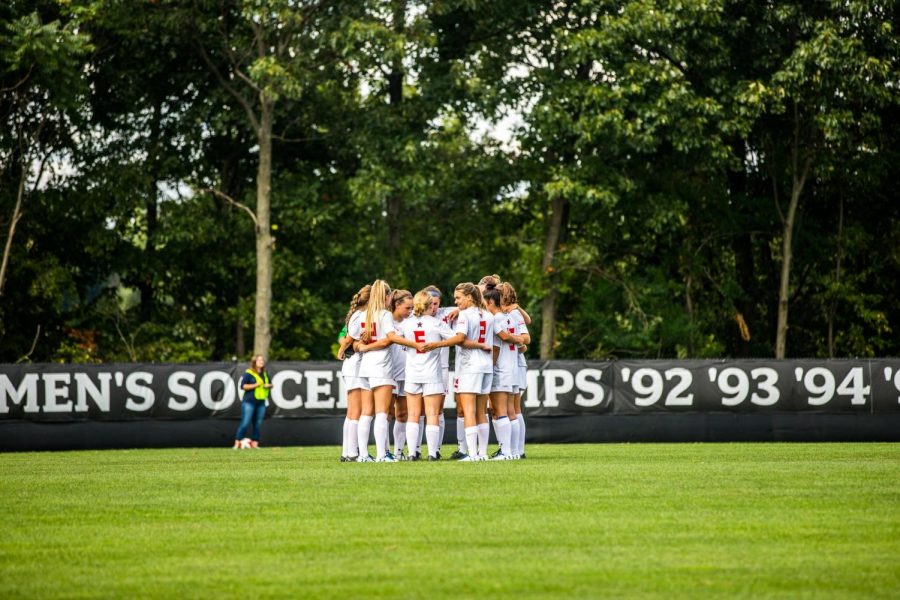 CANONSBURG, Pa.– The Robert Morris University women’s soccer team will see some of their first action in almost a year as they will take on Milwaukee at the Southpointe Fieldhouse in Canonsburg, Pennsylvania. It has been almost a year since both of these teams have seen competitive action, and the Colonials have been practicing hard and are in game-ready form for today’s Horizon League matchup. They have a lot to prove after placing 11th in the preseason poll.

The Colonials had a rough start to the 2020 campaign as they only accumulated one win before the shutdown. They couldn’t get the ball rolling at the start of the season. Sydney Bruckner is back and ready to command the back of her net and focus on dominating as she has in her three seasons.

However, she will have mainly a youthful core of defenders as there are just two upperclassmen in the defensive department with five defenders being sophomores and freshmen. Time will only tell how the youthful back end will mesh early on but they do have great leaders back there in Keli Rosensteel and Courtney Hurney. The biggest watch this season is the defenders hold up this season.

Milwaukee is going to be a tough opponent this season. They made it to the NCAA tournament in 2019 and got off to a strong start in the 2020 campaign. They have a killer midfield lead by Jelena Sever and Taylor Hattori.

Milwaukee knows how to get the ball to their talented strikers which both McKenna Stratton and Mackenzie Schill have returned. Milwaukee has also brought in 13 freshmen to their program as well to fill in for the players that were lost last season.

Sydney Bruckner (RMU) – Bruckner is a brick wall in net. With her career save percentage standing at .815 and going into her final season, she will look to make this season one to remember. It’s going to be a tough day for Milwaukee with Bruckner in net.

Sheridan Reid (RMU) – Reid was a nice surprise last season coming in as a freshman. She had five goals and three assists in 2019 and she has more knowledge of the game and is ready to make an impact on this roster and be one of the leaders that this team needs. The sophomore midfielder is a great passer and she can finish as well and will be difficult to stop in the match today.

Mackenzie Schill (MKE) – The senior forward can strike easily and put the ball in the back of the net. Schill, in 2019, racked up seven goals and five assists. She has a powerful shot that can cross the goal-line in a blink of an eye. The way she can place her shots as well is incredible. The Colonials need to have her marked at all times when she is on the field.

Elaina Lamacchia (MKE) – Lamacchia only let up five goals in 2019, being a brick wall for the Panthers. The junior goalkeeper is a force in net and with a talented defense in front of her, it will be a tough matchup for the Colonials. Lamacchia is a really good post-to-post goaltender and has great vision in the net.