PREVIEW: Colonials look to continue winning ways against the Orange 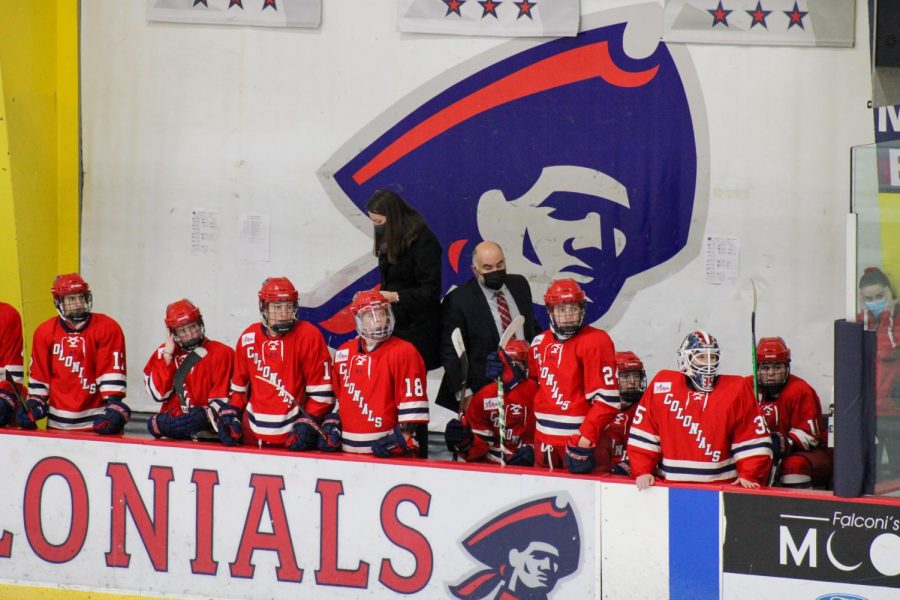 SYRACUSE, N.Y.– The Robert Morris women’s hockey team (5-2-1, 5-2-1 CHA), faces off against Syracuse (2-4-1, 2-2-1 CHA) for the first time since defeating the Orange in the 2020 CHA semi-finals, where the Colonials prevailed by a score of 5-2. RMU will be traveling north to New York for both games of the series. The Colonials hope to make it three straight wins after Saturday.

The Colonials are coming off of a bounce-back weekend versus I-79 rival Mercyhurst (3-2-1) in which they earned three points. In the first matchup, the Colonials controlled the first half of the game, going up 2-0 before Mercyhurst struck back and tied things up at two. A late Mercyhurst goal by Alexa Vasko sent the game to overtime, where neither team could find the game-winner.

In the second meeting of the series, the roles were reversed as the Colonials came back from a 2-0 deficit with Emily Curlett scoring to tie the game about midway through the second period. In overtime, Colonial’s Joelle Fiala tipped the puck and just squeaked it over the line for the game-winner, giving the Colonials the hard-earned extra point.

This will be the Orange’s first game since December 12 which was against the CHA-leading Penn State Nittany Lions (6-1-1, 6-1-1). In their last outing, the Orange handed the Nittany Lions their only loss of the season. After the first two periods of play, the Orange and Nittany Lions were tied 2-2. Early in the third period, Syracuse’s Emma Polaski scored on the power play, and that’s all the Orange needed as they tacked on an empty-net goal by Victoria Klimek to secure the win. Their series against Lindenwood (2-6, 2-6) scheduled for January 15-16 was postponed due to COVID-19 concerns.

Emily Curlett (RMU) – Last week, Curlett scored the tying goal versus Mercyhurst, and also added an assist to the scoresheet. Curlett has been a solid defensive player averaging four blocked shots a game. With her defensive skills and lethal shot, if she can add to the Colonials offense again look for the RMU to come out on top.

Victoria Klimek (CUSE) – Klimek is leading the Orange’s offense with five goals and three assists. The last time she hit the ice she had a goal and assist against Penn State. She also had both goals against the Nittany Lions for the Orange in a 2-2 tie. Klimek will be one of the biggest threats to the Colonials coming into this series.

Abby Moloughney (CUSE) – Moloughney is tied for the lead in the assist category for the Orange. Moloughney was on a hot streak right before their pause with back-to-back games with a goal and an assist. If she can muster up another one of these performances she could help lead the Orange to their first win of the new year.

Both of these teams have looked good so far this season, and both teams could be doing better. I’m giving RMU the edge for this series due to the fact the Colonials have played four games so far in 2021, and Syracuse has not played in about a month and a half.

I think game one goes to the Colonials by a score of 4-1. Come Saturday after the Orange get the taste of real game action, I believe they’ll come back and fight a tough battle against the Colonials on Saturday, but ultimately fall short to a very skilled Robert Morris team by a score of 3-2.