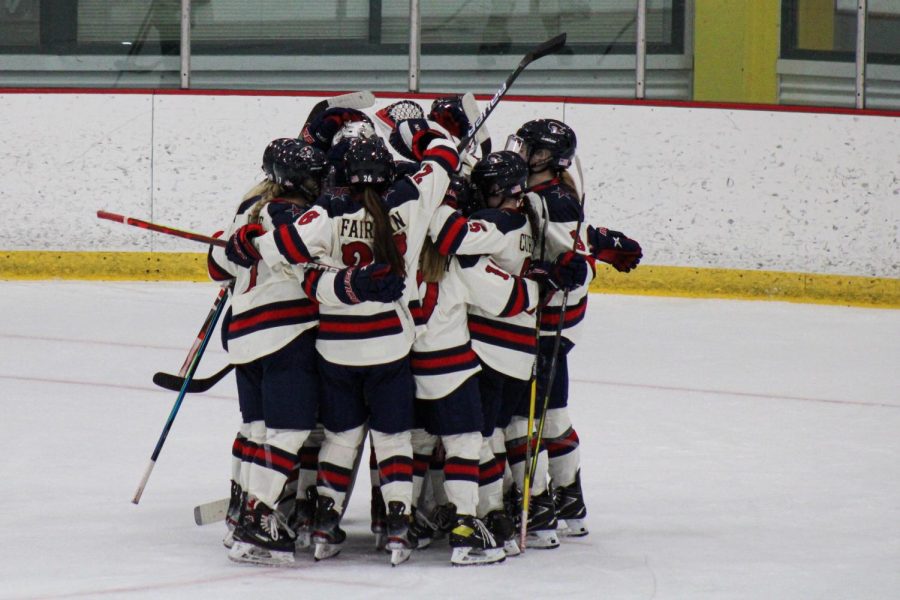 Despite not playing any points-worthy games since sweeping Lindenwood (0-6, 0-6 CHA) on December 10 and 11, the Colonials were in action on Monday night as they hosted Division-III side Adrian College (3-0, 1-1 NCHA) in an exhibition game.

Despite the long rest, the Colonials proved that they were anything but rusty, winning the game 7-0. Michaela Boyle, Wasyn Rice, and Marah Wagner each scored two goals in the rout of the Bulldogs, while Emily Curlett had a goal and two assists. In net, Coach Paul Colontino relied on all three goaltenders, with each goalie playing more than 10 minutes in the shutout.

Unlike the Colonials, the Nittany Lions have taken part in CHA games since the holiday break, as they went 2-1-1 against the Syracuse Orange over the past two weekends. Last weekend, up in the “Salt City” of Syracuse, New York, Penn State split the weekend.

In the first game, a 4-3 overtime win, after a 3-1 Syracuse lead heading into the third period, the Nittany Lions came roaring back, With Julie Gough scoring just 44 seconds into the frame. In overtime, it was Kiara Zanon; the Women’s Hockey Commissioners’ Association Rookie of the Month for December; who scored the game-winner for the Lions.

In game two, it was the Orangewomen who controlled the game, outshooting Penn State 46-36. Olivia Wallin scored the only two goals for the Nittany Lions in the 4-2 loss.

This weekend’s matchup also has implications for College Hockey America, as the two teams sit at one and two atop the conference. Although the Colonials are 4-0 (8 pts) in CHA play, it is the Nittany Lions who sit at number one in the conference with nine points thanks to their 4-1-1 record. If both teams were to stumble this weekend, nothing would change in the conference standings, as the Mercyhurst Lakers (3-1, 3-1) are off this weekend.

Michaela Boyle (RMU) – The junior from Reading, Massachusetts is tied for the most points on the Colonials with four (2g, 2a); however, last season’s stats against Penn State is what puts her on the players to watch list. In the four games last season, Boyle scored five goals, including a hat trick on November 2, 2019.

Goaltending (RMU) – So far this young season, both Raygan Kirk and Arielle DeSmet have started two games, and the team has only allowed three goals in four games. Both DeSmet and Kirk have save percentages at or above a .970, which is good for numbers one (DeSmet, .974) and two (Kirk, .970) in the nation.

Kiara Zanon (PSU) – Zanon, last month’s Women’s Hockey Commissioners’ Association Rookie of the Month, has had a great start to her freshman year. The 5’5″ forward from Fairport, New York has nine points (3g, 6a) on the year, leading the Nittany Lions, including the overtime winner last weekend against Syracuse.

Natalie Heising (PSU)- Second on the team in scoring with seven points (4g, 3a), Heising sits in a seven-way tie for tenth place with 0.67 goals per game. In 12 career games against the Colonials, the senior from Wayzata, Minnesota has scored in eight of them, netting nine points (4g, 5a) in that timeframe.

Despite the Nittany Lions’ strong start to the season, history has fallen in the Colonials’ favor, and it will again this weekend. The strong goaltending tandem of Raygan Kirk and Arielle DeSmet continues, as the Colonials blank the Nittany Lions 3-0 in game one, and again in game two by a score of 2-0.