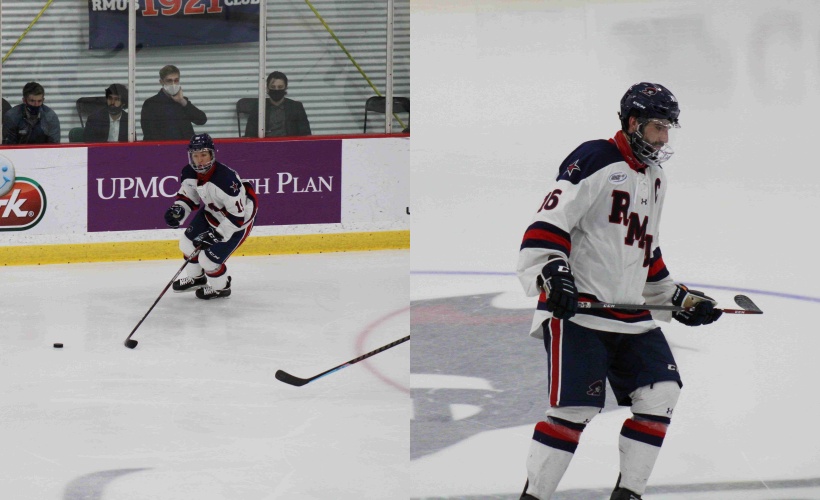 A great start to the season has gotten even greater as a pair of men’s hockey players and Brooks Bandits alumni took home two-of-three Atlantic Hockey monthly honors. Forward Randy Hernández picked up Atlantic Hockey Rookie of the Month award for November while forward Nick Prkusic was named November’s Player of the Month.

American International’s Stefano Durante earned Goalie of the Month for his two wins, 1.01 goals-against average and .947 save percentage.

Hernández has had an electric start to his inaugural campaign, scoring three goals and three assists for six points through seven games. He picked up two assists in game one, but was held off the scoresheet in game two. This kind of prolific point output was expected from Hernández after he recorded 95 in just 57 games last season for the Bandits, and his efforts this season are only emboldened by this league honor.

Prkusic has had playmaking on his mind during his senior season, picking up six assists to go along with a goal thus far in the season. He picked up six points in the first four games of the season, including three in the second game of the Alabama-Huntsville series where he scored his lone goal. Prkusic has 63 points in 111 career games at Robert Morris, and this is his first monthly honor.

While men’s hockey’s home series against Niagara this weekend was postponed, Hernández and Prkusic will look to continue their strong starts to the season when they take on Bowling Green in Ohio on the 29th.