Men’s basketball at St. Francis canceled due to COVID-19 concerns 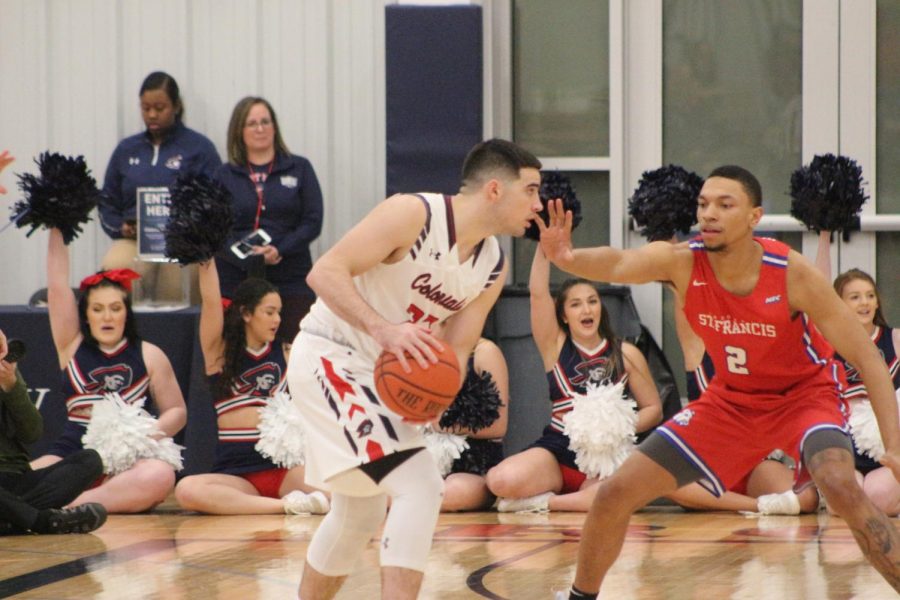 Another day, another setback for RMU Athletics as the men’s basketball team’s season opener against the Saint Francis Red Flash has been canceled. The game was set for this coming Saturday, December 5 in Loretto.

The 2020 NEC Championship Game rematch between the Colonials and the Red Flash will have to wait for the foreseeable future. Red Flash head coach Rob Krimmel hinted that the non-conference series could continue past this season, so the long-awaited championship rematch could come in 2021-22.

Robert Morris will begin their season Wednesday, December 9 at West Virginia with a 7:00 p.m. start time, as the team looks to begin its schedule on a good note in Morgantown. The team will look to add more non-conference opponents as the season goes along.

RMU will make its Horizon League debut and begin its home schedule when they take on Cleveland State for a two-game series on Saturday, Dec. 19, and Sunday, Dec. 20 at the UPMC Events Center.

To stay up to date on men’s basketball and all things Robert Morris athletics, be sure to visit the CSN home page and follow @RMU_CSN on Twitter as cancellations and COVID updates continue for RMU athletics.