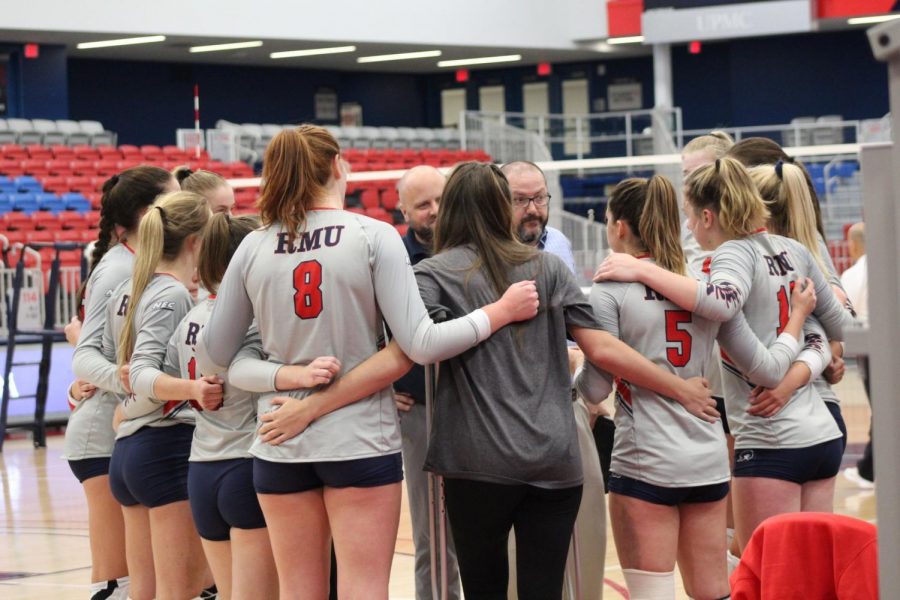 The Robert Morris volleyball team announced a flurry of new recruits on Wednesday, celebrating National Signing Day by inking five players in their first year recruiting as a Horizon League affiliate, looking to carry their success from the Northeast Conference (NEC) into the Horizon League.

Hockman comes to Robert Morris from Jackson High School in North Canton, Ohio, where the Colonials have had success landing top players including junior libero Nikolette Zanolli. Like Zanolli, Hockman played for the club NOVA Juniors and is a strong competitor in the back row as the defensive specialist received the Stark County Defensive Player of the Year this past season. Hockman and Zanolli will reunite in the back row with RMU in 2021.

The Colonials continued with their Ohio recruiting dominance by landing right side and outside hitter Ally Christman. Christman hails from Ross, Ohio, and was named to the Under Armour All-American Watch list before her senior season began. She recorded 448 kills and 60 blocks along with 366 digs in 216 sets during her high school career at Mount Notre Dame. Christman was awarded All-League First Team and All-District Second Team honors for her accomplishments. She will join redshirt juniors Alyson Londot, Lauren Kolenik, and Mirna Sarjanovic along with junior Alyssa Hudak and freshman Abby Ryan as the program’s outside hitters and junior Emily Devlin on the right side.

Tatum Otolski is the second Colonial commit to earn Under Armour All-American Watch List honors. A middle blocker from Forest Hills Central High School in Grand Rapids, Michigan, she led Michigan Volleyball Academy to the JVA Rock ‘N Rumble championship in her club season. She was named to the All-Conference team and earned the selection of an Academic All-American at Forest Hills Central. With senior middle blockers Emma Granger and Maria Alfano poised to graduate after this season, Otolski could be looked upon right away to fill in a starting spot in the lineup.

Wallin brings experience and leadership to the Colonials as she was named a captain all four years of her high school career. A setter and right-side hitter from Martinsburg, West Virginia, she owns school records for both assists (2,200) and aces (289). She was named an All-Region and All-Conference selection all four years and was honored on the All-State team three times. Wallin was awarded Under Armour All-America All-Region honors after the 2020 season. She will join current junior Megan Cannon and freshman Annie Monaco as the program’s setters.

Finally, Powers is the third Colonial signee to be named to the Under Armour All-American Watch List as a senior right-side hitter and middle blocker. Powers is from Edgewood, Kentucky, and played her high school career at Notre Dame Academy. She guided her team to four 35th District championships and two 9th Region championships. She adds to what will be thin middle blocking depth in the fall of 2021 with freshman Emma Brown and Otolski the only middle blockers remaining.

Dale Starr heads into the rescheduled season for his 11th year as the head coach for the team. He told RMU Athletics the importance of this recruiting class and how happy he is that these five players are Colonials.

“This 2021 class has the potential to be a very special one for RMU volleyball,” Starr said. “As we transition into the Horizon League, I feel this class has the talent and ability to help us become competitive within the league quickly.”

Robert Morris and the Horizon League have not announced a schedule for the upcoming season, but the team is looking to compete in their first contests in their new conference thanks to senior leaders Whitney Brown, Alfano, and Granger.

To stay up to date on everything volleyball and all things Robert Morris athletics, be sure to visit our the CSN home page and follow @RMU_CSN on Twitter.