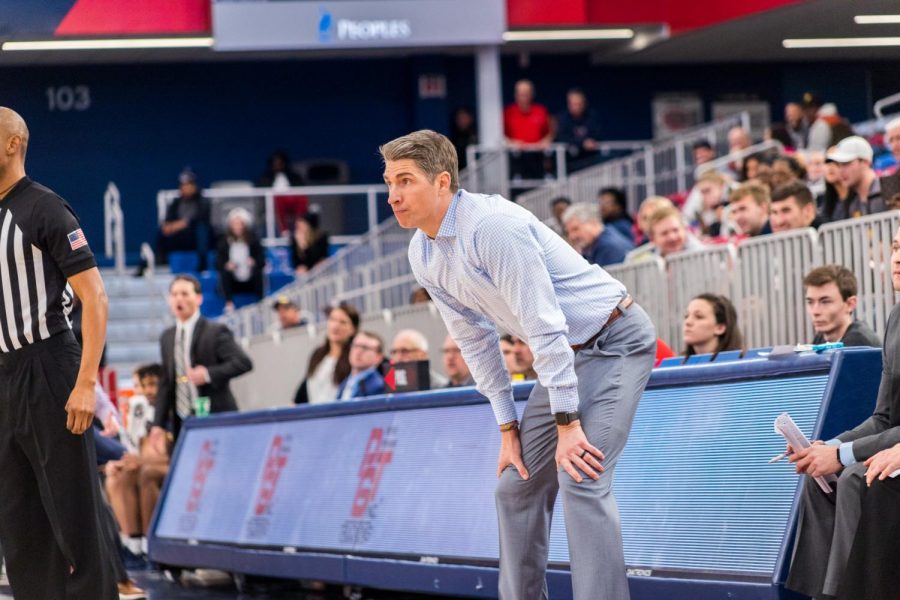 Andy Toole & the Colonials will head to Morgantown for the first time in ten years on December 9. Photo Credit: David Auth

MORGANTOWN, W. Va.– The countdown to RMU men’s basketball has officially begun as the college basketball season is less than a month away. There are still a lot of questions leading up to this season, but earlier this week we got a look into the Colonials’ schedule for the upcoming season.

Last Tuesday, West Virginia men’s basketball announced a scheduling update for the upcoming season which includes a date with Robert Morris on December 9th as part of their non-conference schedule.

While West Virginia has now finalized its non-conference schedule, this is the first known scheduled game for the Colonials on their slate for the 2020-2021 campaign.

This will be the 22nd matchup between these two schools but will be the Colonials’ first trip to Morgantown in over ten years. The last time the two schools matched up was on December 7, 2010, and Robert Morris fell to the Mountaineers by a score of 82-49. West Virginia leads the all-time series with a record of 19-2.

Robert Morris is going into their first season in the Horizon League after winning the Northeast Conference Championship by posting an overall record of 20-14 and a 13-5 record in conference play.

West Virginia is coming off a third-place finish in the Big 12, going 21-10 overall and 9-9 in-conference. They were slated to be in the NCAA Tournament last year, but that was cut short due to the pandemic.

To stay up-to-date on scheduling changes in the upcoming weeks, be sure to follow @RMU_CSN on Twitter for the latest updates on all things RMU men’s basketball.