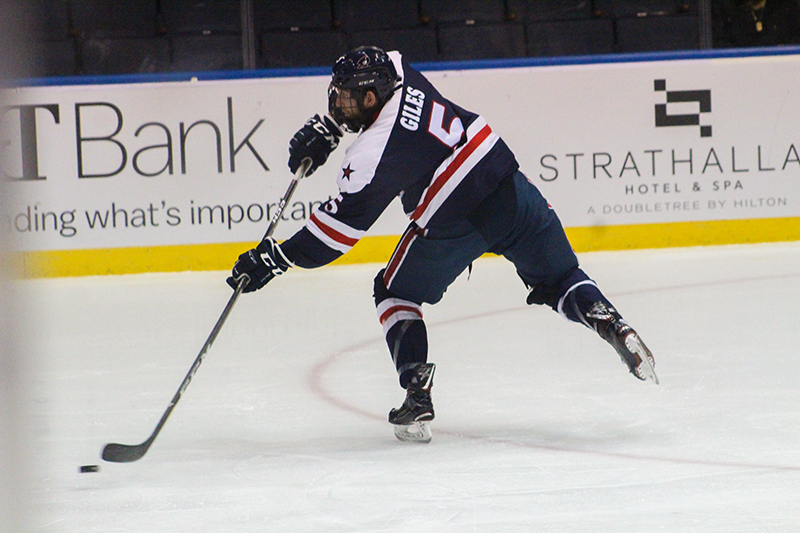 Sean Giles will continue his hockey career 4 hours and 30 minutes away in Cincinnati.

CINCINNATI– With the recent signings of Jake Coleman, Luke Lynch, and Justin Kapelmaster to ECHL teams, it is clear that RMU men’s hockey can produce talent capable of playing at the next level.

Earlier today, it was announced that former Colonials’ defenseman Sean Giles was joining his former teammates in the league by signing with the Cincinnati Cyclones.

A native of Colorado Springs, Giles had a very noteworthy career at Robert Morris by serving as a reliable defensive anchor after earning his way into the lineup late in his freshman year.

Giles blocked a total of 179 shots, including 75 in his senior season. His career high in blocks for a single game came on January 14 of this year in a game against Mercyhurst in which he stopped seven shots from reaching goalie Justin Kapelmaster.

Aside from his talent on the defensive end, Giles tallied a total of 25 points throughout his collegiate career. In the game against Mercyhurst mentioned earlier, Giles registered two assists, a career high.

Giles graduated in May and received RMU Men’s Hockey Student-Athlete of the Year honors on two occasions.

The Cyclones are an affiliate of the Buffalo Sabres, and finished with an 37-17-7 record last season en route to finishing in first in the Central Division.