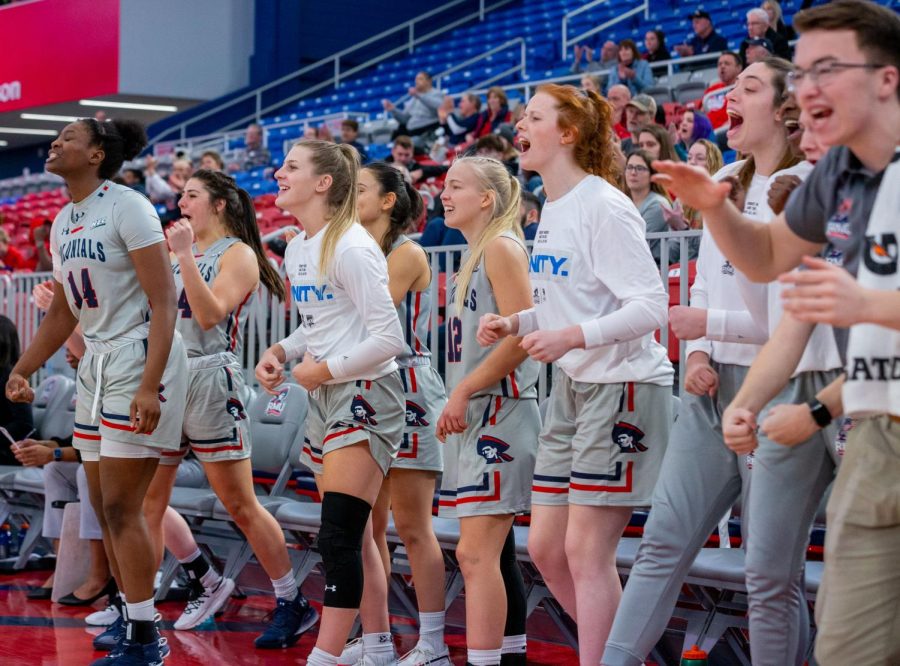 MOON TOWNSHIP– The Robert Morris University women’s basketball team (19-7, 14-1 NEC) suffered its first conference loss of the season when they fell to Mount St. Mary’s (17-9, 12-2 NEC), 62-59. This loss snapped a 15-game conference win streak dating back to March fourth of last season, when they lost 54-45 at Sacred Heart University.

The Colonials struggled to hit threes in this game, much like they did in their game prior. RMU shot just 3-24 from beyond the arc, good for 12.5% on the game. They also only shot 34.3% altogether in this one.

Additionally, the Colonials struggled to hold back The Mount’s junior guard Kayla Agentowicz, as she went 5-8 from the field, 2-3 from three-point range, and 8-9 from the line. This performance was good for 20, the most for either side in this matchup.

The scoring was spread out among the Colonials’ roster during the game, but the points leader was freshman guard Dahomée Forgues who led the way with a 5-7 performance from the field as well as 1-3 from three, good for 11 points on the game.

Much of the game was a back-and-forth effort, with the lead changing hands 16 times over the course of the contest. The Colonials only led once after a quarter in this one as well, when they had a narrow 15-14 lead after the first frame.

RMU did manage to battle back during the waning minutes of the game, even bringing it to within one point, but fouls and opposing free throws ultimately cost them. Down three with less than one second left, Isabella Posset launched a desperation three at the buzzer, which promptly bounced off the rim and out to hand the Colonials their first conference loss in almost a calendar year.

Head coach Charlie Buscaglia was not too angry after their first conference loss, and pointed to them not keeping with Mount St. Mary’s in the early stages of the game. “We were a little off early on, we needed to have a better pace to our game,” said Buscaglia. “I give Mount St. Mary’s credit for grinding it out for 40 minutes straight.”

The women’s basketball team will be back and seeking redemption Sunday in Teaneck, New Jersey, where they take on the Fairleigh Dickinson University Knights (10-15, 7-7 NEC), a team they beat 53-35 in their previous meeting last weekend.