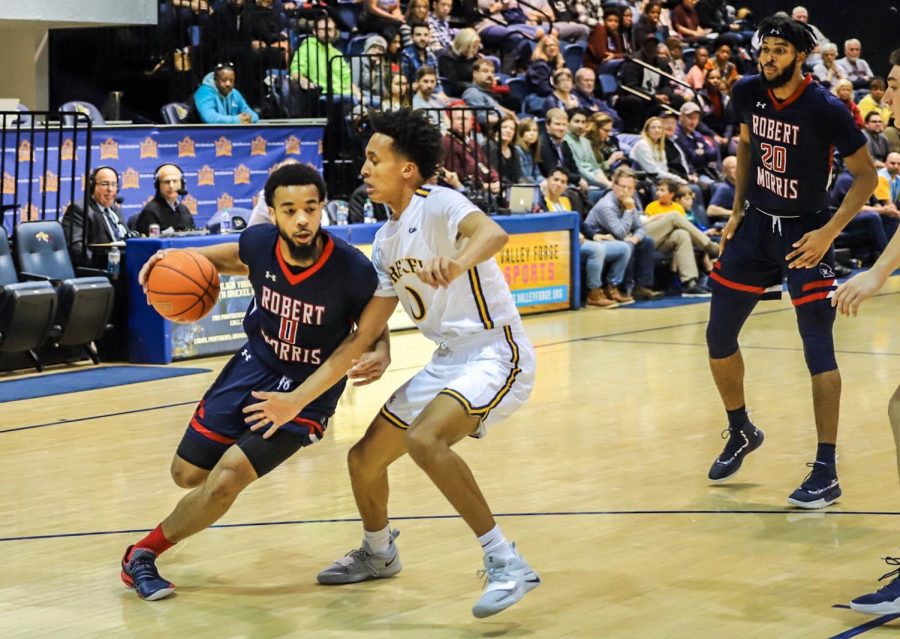 Coach Toole enters this season with an NEC record of 103-58, by far the best record among the current crop of coaches. He also enters this season as just one of three current NEC head coaches with an NEC Tournament Championship under his belt. LIU’s Derek Kelogg and Fairleigh Dickinson’s Greg Herenda, who has two, are the other two coaches.

The Colonials start off with a tough stretch, in which five of their first seven opponents are ranked in Ken Pomeroy’s top 100 adjusted for location. The non-conference slate is brutal for the Colonials, with the basketball analytics site only predicting them to win two games against Howard and Geneva.

After Marshall, Robert Morris will travel to Notre Dame for the first of two ACC match-ups on the schedule for the Colonials. After the trip to Notre Dame, the Colonials host Jeff Capel’s Pittsburgh Panthers in the first-ever contest at the UPMC Events Center. The Colonials will also travel to Toledo, the University of Illinois at Chicago and Marquette. Marquette (68) and Notre Dame (7) have also received AP top 25 votes in the preseason poll.

The preseason coaches’ poll has Robert Morris finishing fifth in the conference, receiving no first-place votes. The conference has two significant changes to its membership. Merrimack moved up from Division-II and joined the NEC, although they won’t be eligible for the NEC tournament this season. The other big change is LIU Brooklyn’s athletic department merging with LIU Post to form the Long Island University Sharks.

Interesting enough, Merrimack College is coached by Joe Gallo, a former assistant coach under Andy Toole from 2012-2016. He has been successful as head coach at his alma mater, going 61-34, which gives him the best winning percentage among current NEC head coaches. Of course, the Division-I NEC is a much tougher test than Division-II Northeast 10, of which Merrimack was previously a member. They were picked to finish last in the NEC’s preseason coaches’ poll.

As for LIU, they are the preseason coaches’ pick to win the NEC. They are followed by Sacred Heart, Saint Francis and Fairleigh Dickinson. Bryant, Mount St. Mary’s, Saint Francis Brooklyn, Wagner and Central Connecticut State are the 6-10 picked teams in the poll.

The team returns starters Jon Williams, Josh Williams, Charles Bain and Yannis Mendy. Jon Williams enters his junior season having started every single game in his two years as a Colonial (68), which is easily the longest active streak among active players. His brother, Josh Williams, enters his redshirt senior season after leading the Colonials in scoring 17 times last season, including a game against Mount Aloysius in which he hit a Division-I record-tying 15 three-pointers. The Williams brothers are expected to be the driving force behind the Colonials’ offense.

Also returning for the Colonials is senior guard Sayveon McEwen, he is joined by sophomore guards Dante Treacy and Cameron Wilbon.

The big losses for the Colonials include Malik Petteway, Matty McConnell and Koby Thomas. Petteway and McConnell both graduated, while Thomas transferred to Coppin State after seeing a significant reduction in playing time from his freshman to sophomore seasons.

While Petteway only started one game last season, he was a significant presence on the court as he led the team in rebounds (5.1 RPG) and was fourth on the team in scoring (9.3 PPG). McConnell is a significant loss on defense for the Colonials, as he finished in the top 50 in the country in steal percentage in three of his four years at Robert Morris, with his lowest ranking coming his sophomore season at 53rd in the country.

The two highlight additions for Robert Morris were two of the top JUCO transfers in college basketball this season. 6’7″ forwards DJ Russell and AJ Braham were both among the top 50 JUCO recruits according to jucorecruiting.com. The team also added JUCO transfer guard Jalen Hawkins, preferred walk-on Terrell Brown and forward recruits Olisa Ngonadi and Deshawndre Washington.