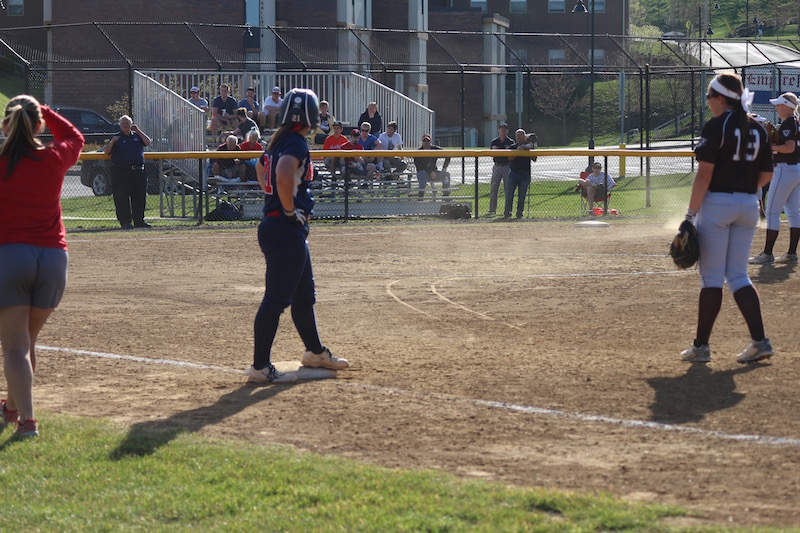 STATE COLLEGE, Pa. — The Robert Morris women’s softball team (3-15) will take a short break from tournaments to take on the Penn State Nittany Lions (13-12) in a doubleheader on Wednesday, March 20 at 5 p.m. and at 7 p.m. at Nittany Lions Softball Park.

As a team, RMU only had 14 hits but were struck out 35 times and on the defensive side of the field, the team had eight errors. The Colonials have an extensive losing streak coming into the doubleheader, having not won a game since March 2.
Recapping PSU
The Nittany Lions played the exact opposite of the Colonials in their last tournament, as they were dominant and beat every team they faced. The team scored a total of 33 runs in the five games they played. Finishing their first game of that tournament in five innings because of the run rule.

The Nittany Lions defense only allowed 10 runs to cross the plate and they only committed three errors during the tournament. The team made a comeback in their second game of the tournament as they won in a walk-off fashion.
Players to watch
Abrielle McCartney (RMU): McCartney leads the team in batting average with a .300 and an on-base percentage of .321. She has only been struck out eight times and she has six RBIs in their first 18 games. She has yet to make an error in the field at her position at first base and outfield.

Madison Shiderly (RMU): As one of the newcomers on the squad she has gotten the most time on the field out of all the catchers. She has only made one error behind the plate and has 14 putouts this season.

Melina Livingston (PSU): making her name known as a freshman for the Nittany Lions, she leads the team with a .362 batting average and a slugging percentage of .534. In 58 at-bats she had 21 hits and seven RBIs with four doubles in the early part of their season.

The Colonials will be heading to UMBC Retriever Classic in Catonsville, MD. The team will have a doubleheader on Friday, March 22 and Saturday, March 23 then the team will play their last game on Sunday, March 24.