Women’s hockey preps for Penn State after series with Cornell 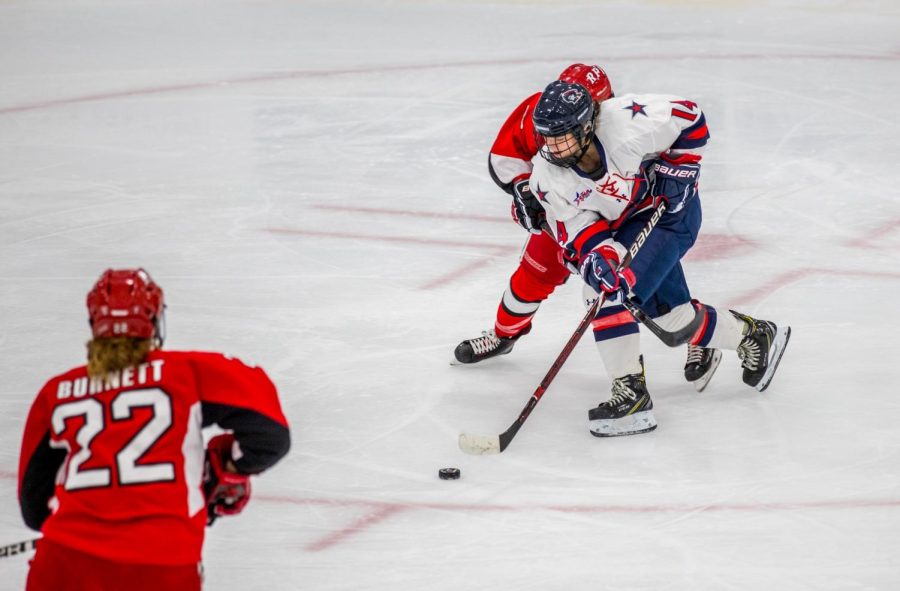 Against the Big Red, Robert Morris lost the first game by a score of 5-2 but they were able to tie the second game 3-3. In the second game, sophomore defender Emily Curlett had two power-play goals in the third period. In practice, Curlett said, “We practice those plays a lot, and it was great to finally be able to finish in a game.” She also added that on her second goal, “Maggie (Lague) pulled up across and gave me a beautiful setup pass and I somehow finished it.” Curlett also had an assist in the first game and has nine points on the year that are broken up by four goals and five assists.

As a team, the Colonials haven’t won since Nov. 3 when they took on the RIT Tigers (3-8-4, 1-4-0). When asked about the winless drought, head Coach Paul Colontino stated, “We gotta work for our wins… we’ve played some great opponents and we feel we’re playing well, and if you’re playing good hockey, at some point we’ll score more goals than our opponents and get that win.” Since the RIT game, the Colonials have gone 0-3-3, and all the games have been played at Colonials Arena on Neville Island.

The Colonials host conference rivals Penn State Nittany Lions (7-7-2, 2-4-0) this weekend. Friday, Nov. 30 is Teddy Bear Toss night and puck drop is at 7:05 p.m. Assistant captain Jaycee Gebhard said, “It’s going to be fun (playing the Teddy Bear Game), it gets us a little more exciting to get that first goal.” The Plenty, Saskatchewan native had four assists against Cornell and leads the Colonials with 27 points. She has 10 goals and 17 assists on the season. On Saturday puck drop is at 5:05.