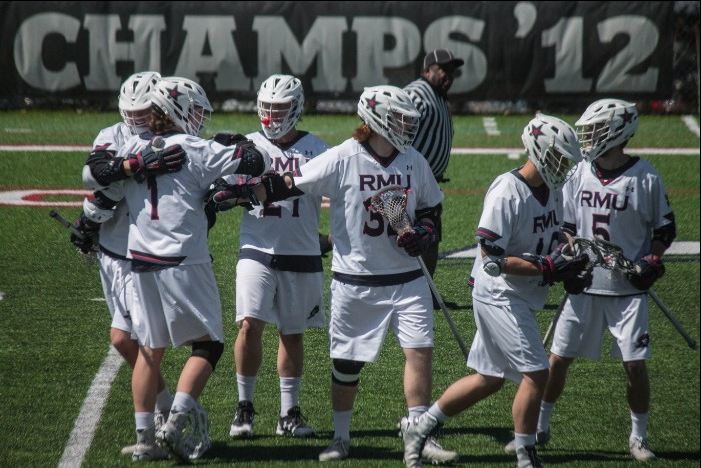 After receiving a surprising win over the 16th ranked Penn State Nittany Lions 12-9 on Saturday, the RMU men’s lacrosse team is receiving votes in the Inside Lacrosse magazine national poll for the second year in a row.

While RMU is not in the top 20 listings, Robert Morris did receive votes after Penn State, Delaware, Bucknell, and Lehigh, but before Colgate, and Towson.

Among the list of colleges and universities on the list, Robert Morris is the only college listed that is from the Northeast Conference.

The Colonials sit at 2-2 on the season with wins over Bellarmine and Penn State and losses against Georgetown and #7/8 Rutgers.

The team has been fueled by the flaming hot performances of Jimmy Perkins who has quickly racked up 21 points on the season with 9 goals and 12 assists. Perkins currently sits 10th in the nation in points per game.

It is the third time in the Andrew McMinn era that the team has defeated a ranked opponent.