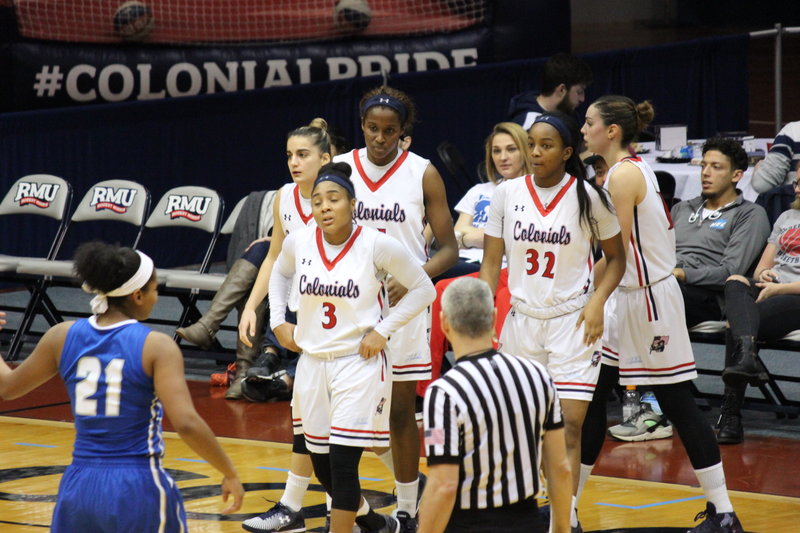 The Colonials stumbled at Bryant as they eyed their tenth straight victory.

Bryant 62 (13-13, NEC 8-7), RMU 59 (17-9, NEC 12-3): The Colonials nine game winning streak came to an end against the Bryant Bulldogs in Smithfield, Rhode Island Monday evening. RMU jumped out to a 18-9 lead at the end of the first quarter and held a 32-23 lead at halftime. However, towards the end of the third quarter, the Bulldogs took their first lead of the game at 39-38. RMU re-took the lead in the fourth quarter but Bryant hit a three-point shot with 12 seconds remaining in regulation to send the game to overtime. The Bulldogs held the Colonials to 5 points in overtime to seal the victory.