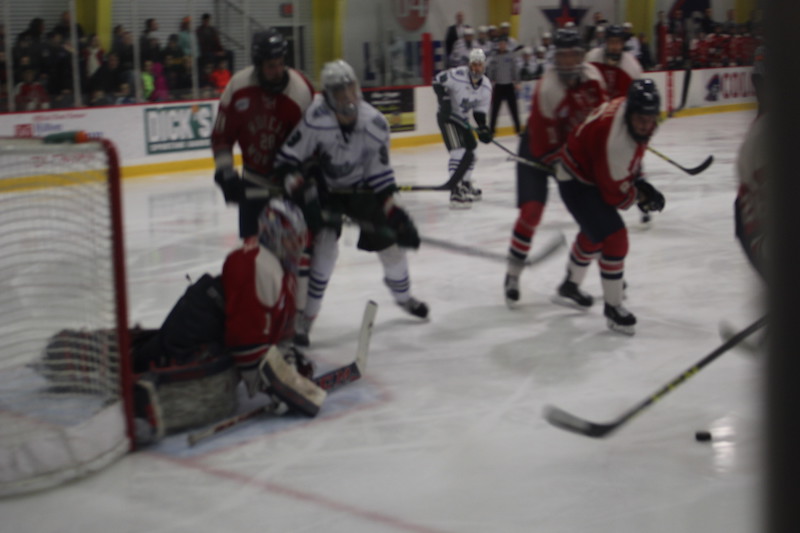 The two goals Terry Shafer gave up early in the first period was all the Falcons needed to take down the Colonials.

RMU 2 (16-7-4, AHC 13-4-4), Sacred Heart 1 (10-15-4, AHC 8-12-4): Robert Morris opened a weekend series against conference opponent Sacred Heart Friday night in Milford, Connecticut and the outcome was what the Colonials were looking for as they picked up their 16th win of the season in a close battle. Sacred Heart scored a first period goal and shutout the Colonials until the third period but senior Zach Lynch found the back of the net to tie the game at one early in the final period of play. With only minutes remaining in regulation, junior Daniel Leavens scored the game winning goal for RMU as he gave his team the one point edge they needed to skate off victorious. Senior goalie Terry Shafer got the start in net for RMU and shut out the Pioneers in the second and third periods to help his team fight back and secure the victory. Shafer made 25 saves on the night.