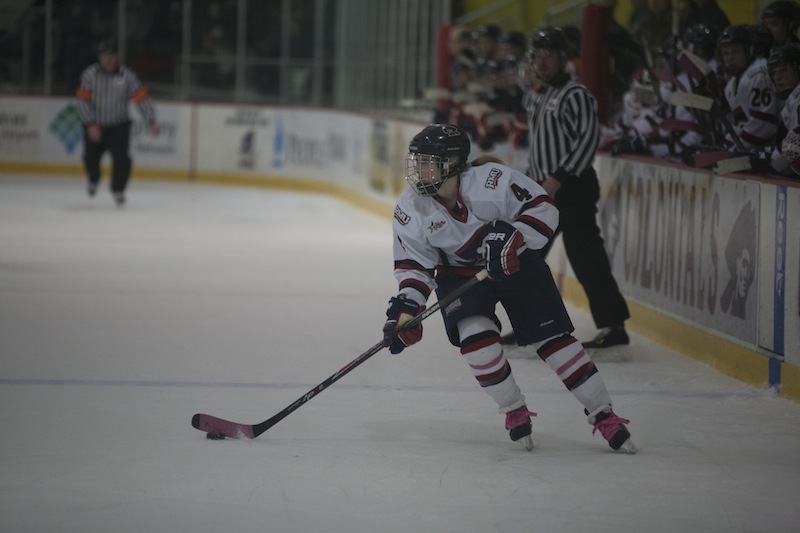 Robert Morris escaped defeat Saturday as they were able to tie with Penn State 2-2.

RMU 2 (12-9-5, CHA 4-4-4), Penn State 2 (OT) (7-14-5, CHA 3-4-5): The Colonials wrapped up their weekend series against the Nittany Lions of Penn State Saturday in State College, Pennsylvania. The game was back and forth action, and for the second straight game between the two teams, overtime was needed. Penn State scored the game’s first goal in the first period, but senior Ashley Vesci scored a late first period goal to tie the game at one. The second period was scoreless, but Penn State took a 2-1 lead early in the third period but with seconds remaining in the contest, junior Rikki Meilleur scored the game-tying goal to ultimately force the overtime period. However, neither team was able to net a goal in the extra period of play, so the game ended in a 2-2 draw.