Brett leaves the program as one of the most decorated players in its history. 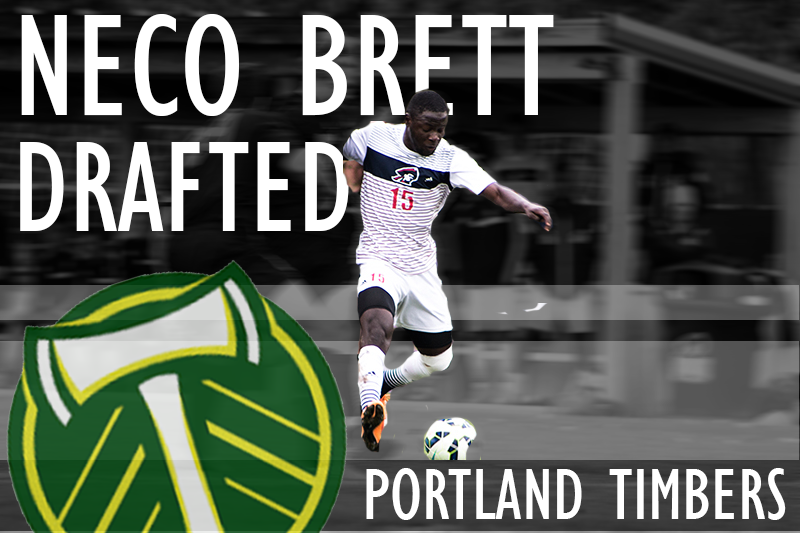 Neco Brett was drafted 40th overall by the Portland Timbers, the reigning MLS Champions. Going into the draft, Brett was rated anywhere from a mid first-round pick to a second rounder.

Brett is just the second Colonial to ever hear his name called during the official draft, joining 1997 third-round pick Musa Shannon, the program’s all-time leading scorer.

In his time at Robert Morris, Brett finished third all-time in points scored, with 100. He is also second in program history in goals scored (42) and first in game-winning goals (18). He has also led the NCAA in scoring and goals during his career, and has led the NEC in scoring the last three seasons.

Brett has been named NEC Player of the Year three times (the first player in the conference’s history to achieve that), and last month became the first Colonial to ever be named to the National Soccer Coaches Association of America All-America Team.

In addition to Brett and Shannon, two other Colonials have been drafted into the league. Defender David Moxom was a first-round pick in the 1997 Supplemental Draft, and midfielder Steve Bell was a second-round pick in the 1998 Supplemental Draft. Both players were selected by the now-defunct Tampa Bay Mutiny organization. Both players were selected off of other teams they joined after graduating from Robert Morris.