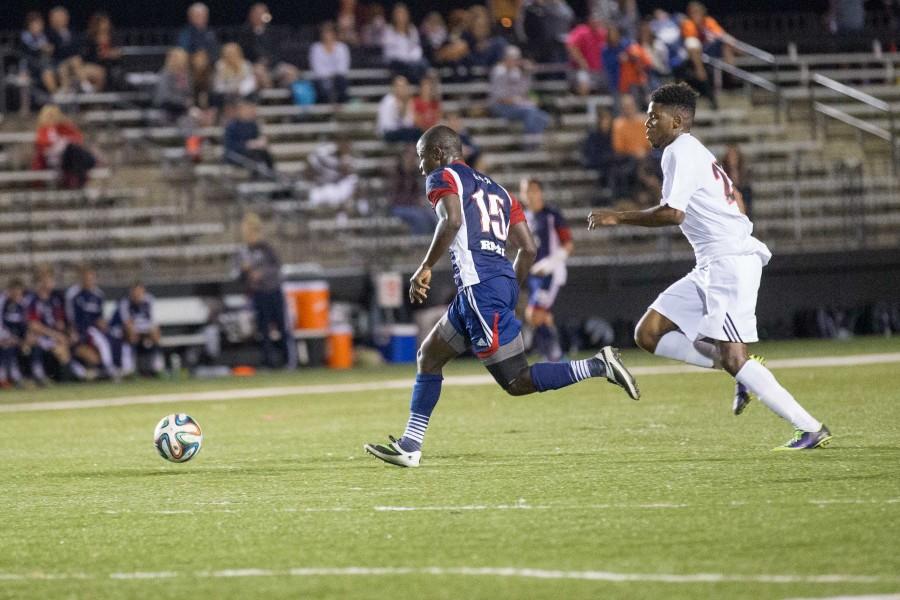 The Colonials clinched a spot in the NEC Tournament Friday after a 2-1 defeat of the Blue Devils on the road.

August 28, 2015
RMU 1 (1-0-0), Niagara 0 (0-1-0): Friday afternoon at Niagara University, the Colonials started their regular season on the right note as they defeated the Purple Eagles 1-0. The game was tied until freshman Keane Mclvor scored his first collegiate goal to give RMU the only goal they needed to pick up the win. Robert Morris goaltender Brenden Alfery received the shutout stopping both shots that came his way.

August 30, 2015
RMU 4 (2-0-0), Cleveland State 1 (0-1-1): The Colonials traveled to Cleveland, Ohio Sunday to take on Cleveland State. Senior Neco Brett had a huge game offensively scoring all four of RMU’s goals. Robert Morris goalie Brenden Alfery finished with four saves in net only allowing one shot go past him which was a penalty kick in the 79th minute. RMU as a team finished with seven shots.