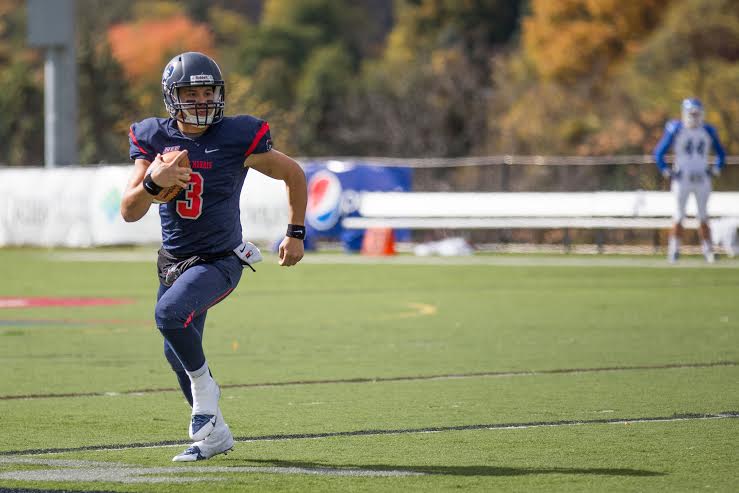 Despite sustaining multiple injuries, Derick Abbott believes he is a better quarterback as a result.

The image is still fresh in Derik Abbott’s mind. Effortlessly, he is able to recall the exact play it happened, the exact moment his season prematurely came to an end.

Perhaps because it was a scramble.

During the opening series of Robert Morris’ Nov. 8 home matchup against conference foe Wagner, Abbott ran to his right after the pocket collapsed before him.

In hot pursuit, a Wagner defender brought down the junior by twisting his left ankle. Judging by the fact that it swelled like a balloon and was painful to put weight on it, Abbott knew something was wrong.

But injuries are something that don’t typically cause this five-foot-eleven signal caller to fret. This was merely just another roadblock and after bouncing back from a torn labrum – a separation of cartilage in the shoulder joint – a year and a half earlier, a high ankle sprain was nothing.

“The labrum was more mentally challenging than the ankle was because I knew, eventually, I could get back the ankle because I didn’t need surgery, it would just take time,” said Abbott, who was 68-119 for 804 yards and seven touchdowns last fall. “The shoulder one, that kind of scared me because previous to modern technology, that was a career ending injury.”

Rewind to the beginning of the 2013 season.

Abbott, about to begin his sophomore year, entered training camp with a pain in his shoulder, but was cleared to play by the team’s medical staff. Knowing an operation was looming, he wanted to continue to play until it was no longer feasible, opting to wait to go under the knife until his shoulder completely gave out.

However Abbott was able to maintain his peace of mind during this time because of his doctor’s credentials. After being examined by Dr. Robin West, the former Pittsburgh Steelers orthopedic surgeon, Abbott was reassured of the fact that the damage in his shoulder couldn’t get any worse, it could only get better.

But there came a time when surgery was a necessity. Whenever Abbott would feel his throwing shoulder pop in and out of place while lifting, he grew concerned, like any athlete would, prompting a complete reconstruction of his right labrum.

The road to recovery had its bumps. There was the weight loss, first 10 pounds, then 20, then 30. And then came his throwing technique. The once prolific passer who seamlessly lobbed deep spirals now struggled to throw the ball 15 yards. 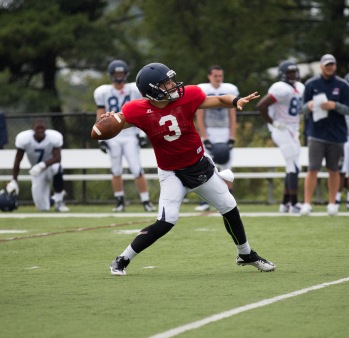 Even though his recovery was ahead of schedule, the frustration grew and grew, prompting many phone calls to his father in Orlando, Fla.

He could have let the anxiety consume his mind and dread going under center for fear of worsening the damage.

“When an athlete goes out there and goes to perform, they may have doubts about what they’re doing,” said Samantha Monda, Ph.D., a researcher specializing in sport psychology. “And that absolutely can affect their performance and actually can increase the risk of re-injuring themselves because just thinking about those things may cause them to run differently or perform differently than they normally do …”

But it didn’t. If anything, it made Abbott a better quarterback, both from a mental and physical standpoint.

“I used it as a time to work on things that I had flaws before. Anything that I had to work on that I didn’t like before in my mechanics, it was an opportunity to redo it all and revamp it and get better arm strength and rebuild myself from the ground up,” he said. “If you let your mind beat you, then you already lost.” 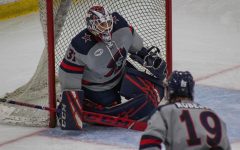 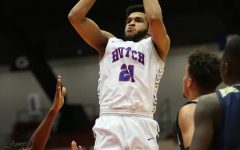 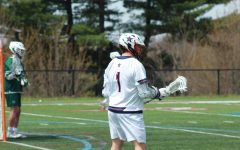 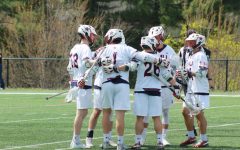 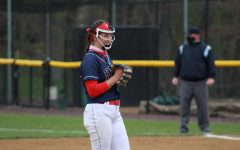