BREAKING: Sole to transfer to Duquesne 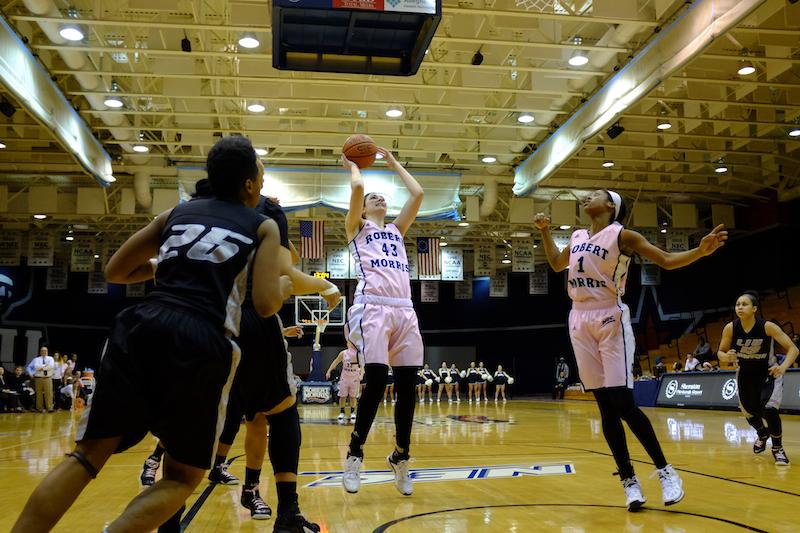 RMU pulled away late from SFU, winning on Senior Day.

Duquesne head coach Dan Burt inherits a 6-3 forward with two years of eligibility left after she sits out a year (as per NCAA rules) that started 22 of the 31 games she participated in this past season at Robert Morris. She averaged 6.0 points and 5.6 rebounds per game, despite averaging just 15.6 minutes of playing time.

Her best game of last season was ironically against the Dukes, where she scored 23 points and grabbed 17 rebounds in 29 minutes of action. It was a breakout game for Sole, who hit on 3-of-4 three point attempts and drained all six of her free throws. Duquesne won the contest 71-57.

“We are very excited about Judith (Sole) deciding to join our Duquesne women’s basketball program,” said Burt. “We believe that Judith’s best basketball is ahead of her. With a redshirt year, we are expecting big things from her in the 2016-17 season. Her ability to play with her back to the basket along with the ability to shoot the trail three pointer makes her a very hard person to guard. Her monster game against us this past season is what we are expecting from her on a game-to-game basis. Judith will be with her National Team again this summer, and that experience will further help her be ready for Atlantic 10 basketball.”

Sole herself is also excited for the transition to a larger conference. “I’m so excited to go to Duquesne, I cannot wait to start my new experience. I am so happy and I am really looking forward to enjoying my new home,” said Sole.

The decision did not come easily to Sole, who struggled to choose between Duquesne and Atlantic 10 conference foe Rhode Island University. Ultimately, Sole wanted the opportunity to stay around Pittsburgh due to the culture and the relationships she has made.

“Thanks to all the people who became close to me and who really made me feel special and all my friends that are close to me,” said Sole. “Thank you so much for always being so nice to me and being there for me.”