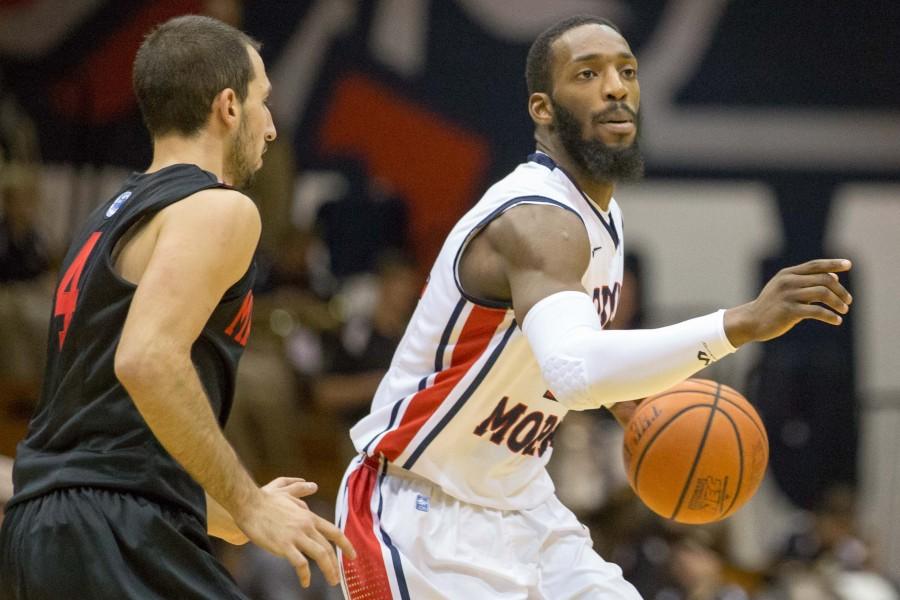 The previous two seasons for the Robert Morris men’s basketball program have been a mirror image of each other.

The Colonials battled high-major teams early in the year, cruised through league play and secured the NEC regular season  crown before ultimately falling to rival Mount St. Mary’s in the playoffs. Subsequently, RMU secured a bid to the National Invitation Tournament in 2013 and 2014.

However satisfying a feeling it was to knockoff Kentucky and St. John’s in the NIT, Lucky Jones wants something more.

And he knows what has to be done to get it.

“I’ve always dreamed about going to the NCAA Tournament as a young kid and just accepting that role,” said Jones, who was named to the Preseason All-NEC Team. “It takes a lot of hard work, but at the same time, with the team we have this year and the athleticism that we have and the people buying in, I believe that we’re going to have a great shot at going there this year.”

In order to address the shortened bench issue that plagued Robert Morris last season, head coach Andy Toole and his staff not only added depth to his squad, but size as well.

Because he will serve as the Colonials’ primary point guard due to the graduation of Anthony Myers-Pate, sophomore Kavon Stewart has adjusted to running floor with different players.

“That’s something that practice is for,” he said. “Every practice I’m on a team with a different player. I might be on a team one day with Rodney and one day with Lucky, so just me talking to guys and just knowing their spots … can work out well.”

Despite the fact that Sports Illustrated’s 2015 NCAA Tournament projection has the winner of a Robert Morris vs. Alabama State play-in game facing Kentucky, to Toole, it doesn’t matter whether part three of the rivalry will commence this season.

He just wants to still be playing in March.

“That’s like picking a name out of a hat. Especially this year, in the Northeast Conference, there’s a lot of teams that lost a lot of integral pieces to their programs and there’s a lot of guys who have to step into new roles.

“I guess it’s nice to be selected in those things, but they don’t really carry a whole lot of weight. It’d be a good thing for us because we’d be playing in the NCAA Tournament, so we’ll put it that way.”